The New Draft of the "Legally Binding Instrument to Regulate, in International Human Rights Law, The Activities of Corporations and Other Business Enterprises:" Part 17--Article 6 (Legal Liability) Reflections (1) 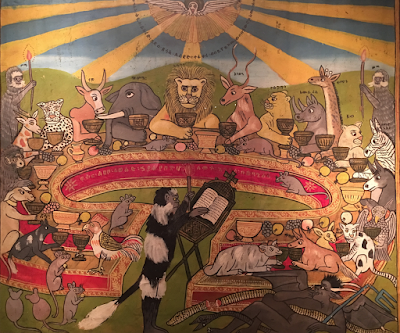 
This post moves on to Article 6 (Legal Liability)--which is meant to provide a basis for describing the universe of rights that trigger liability, but that may contribute more to confusion than to liability structures. For reasons elaborated below, this is an odd title for an important section  of the Draft Legally Binding Instrument (DLBI). These include its terms, its underlying ambitions, ideologies, and the feasibility of its gasp, given the constraints within which its authors are necessarily made to work. This  examination of Article 6 was prepared by Larry Catá Backer.
Article 6 of the Draft Legally Binding Instrument--The Conundrums of "Legal" Liability
Larry Catá Backer

Article 6 (Legal Liability), like Article 5 (Prevention) (discussed here), both appear to have been drafted in the shadow of the UN Guiding Principles for Business and Human Rights, and more precisely the UNGP's 2nd Pillar. Article 5 focused on human rights due diligence; now translated (and perhaps narrowed) into a facility for state regulated compliance and risk mitigation. Article 6 makes a more pronounced incision--it moves from Article 5's legalization of the modalities of the UNGP Second Pillar corporate responsibility, to the dismantling of corporate responsibility itself as a concept, and in the process brushes away in its entirety the whole edifice of governmentalization beyond the state.

It is in this sense among the most reactionary of the provisions of the DLBI; and not just reactionary but from the “progressive” standpoint that serves as its justification, it is also counterrevolutionary in its essence.  It would effectively sweep aside the core principles of societal governance through markets that over the last thirty years made it even possible to grasp the notion of corporate responsibility and to make it a governable object of regulation. Perhaps despite their best conventional intentions, the drafters of the DLBI had a brilliant insight that poked its head out ever so tentatively in Article 1. That insight could be reduced to the following—all economic activity are expressions of human rights in action; that is all human activity inevitably touches on human rights (and responsibilities). Human rights (and inversely the responsibility to observe  them) serve as the core principle of governance and the central purpose of government. It then followed that harms caused to people (and others) in the context of economic activity ought to be prevented, and if not prevented, then mitigated (both touching on a compliance/administrative regulatory function), and if not mitigated, then remedied (a judicial role).

Yet the drafters then appear to have lost their way. Perhaps they were trapped by their history or politics. The body of the Treaty is springing of that trap. It walls create the barriers that effectively reduce this transformative idea in the body of the text by the constraints of the transnational, by its limitation to economic actors, by its insistence on human rights listings and by its conflation of administrative-compliance and judicial-remedial functions in ways that neither reflect the realities of government nor those of public or private governance. So in the place of self-reflective compliance in Article 5, one is treated to an abbreviated version of human rights due diligence detached from its normative sources and developed in a way that creates incentives toward regulatory incoherence across territories. And in place of the societal sphere through which it is possible to develop regimes of self-reflexive governmentalized economic commercial institutions (whether owned by private or public persons) Article 6 offers little more than the false hope of a set of promises to legalize specific principles and objectives articulated in international instruments in an instrument that by its fundamental nature itself invites both a rejection of the premise or a waiver of its specific mandates.

But in the process of legalizing in Article 6, what is defined in Article 1 as “human rights violations and abuses” it reduces its scope  through a listing exercise that shifts the emphasis of protection from “harms” to “rules.” Consider that Article 1 §2 defines human rights violation or abuse as a (1) harm (2) committed by a state or business enterprise (3) through acts or omissions (4) in the context of business activities (5) against any person or group of persons (6) which harm could be measured in specified ways to include injury emotional suffering economic loss or substantial impairment of human rights. Article 6 then (with some redundancies) imposes on states a duty to construct a comprehensive and adequate system of legal liability around that definition but does this in a way that might then be understood to be limited by its own provisions in §§2-9. That effectively changes the character of the definition from one grounded in harm to one grounded in violation of a set of quite specific provisions which, by their listing also acquire the character of international law binding when appropriately transposed (subject to state reservation).  That leaves one with the possibility that the human rights referenced in Article 1 (economic activities that cause harm) are actually reduced to a subset of those harms defined by the provisions referenced in Article 6. That, in turn, creates a dissonance with the scope provisions of Article 3 § 3 (“This legally binding instrument shall cover all human rights”).  Though in fairness, the scope provision provides no grounding—it can as easily reference all legally mandatory provisions that are styled “human rights” or all harm that impacts humans. Between Article 3’s vagueness stand two potentially distinct ways of approaching the solidification of obligation (to which legal liability may be attached).  On the one hand we have a harm principle and on the other a rights principle.

The Treaty is indifferent to the resolution of this potential tension, and that can only produce bad law. And, indeed, it is possible to see in this the tragedy of the transformation of law form tool to fetish.  BY making a fetish of the law of human rights, the drafters reduced the value of human rights as a basis for framing the remedial rights of individuals (protection from harm in economic activities) and for using law as a powerful (framework) tool for organizing markets and regulatory bases for compliance, prevention, and mitigation.

In the next post we consider some of the issues raised in the specific provisions of Article 6.