In April 2019, the Norwegian government appointed a committee to review the Guidelines for Observation and Exclusion of Companies from the Government Pension Fund Global (GPFG). The Ethics Committee is chaired by Professor Ola Mestad, and is due to publish its report no later than 15 June 2020. It is the Council on Ethics which provides day-to-day recommendations on whether to exclude companies from the GPFG or place them under observation.

The scope of the study is broad and deep. It includes within it the potential to transform the relationship of investing to the normative project of sustainability in its economic and political dimension; and it can also collapse the already thin walls between public and private activities (and with it undermine legal regimes of sovereign immunity and corporate personality). And yet at the same time these lofty possibilities will likely be constrained by the real limitations of technical capacity and the allocation of authority between a bank manager and an ethics "super-ego" with influence but no real authority. And ultimately the limitations of the sovereign financial) power of the Norwegian state will provide the hardest practical limits to direct implementation (even as it serves to project Norwegian soft power well beyond the limits of Norwegian state power). The Committee has been asked to review the following:


1. Ethical criteria: "(1) Assess the extent to which the Norwegian and international consensus with regard to the minimum ethical requirements applicable to companies have evolved. (2) Based on the above, review the contents of the existing ethical criteria in the guidelines and assess whether these should be amended, including whether some criteria should be omitted or new ones added."

2. Measures: "(1) Whether and when the exercise of ownership rights is better suited than observation or exclusion for attending to the ethical obligations of the Fund, or may be more appropriate for other reasons. (2) The effect of the various measures and the extent to which these cause changes in company conduct, thereby reducing the risk of future guideline violations. This must, inter alia, be considered from the perspective of the size of the Fund and its ownership stakes, as well as the extent to which the industry- and country-affiliation of companies influences the likely effect of the various measures."

3.  Ethical considerations relating to specific countries: "(1) Whether there are considerations suggesting that the provision for government bond exemption should be amended. (2) Ethical considerations relating to the Fund’s investments in countries whose legislation and regulatory frameworks are in conflict with recognised international conventions and standards, as well as how these can be handled, including whether the current guidelines are suited for investments in such countries. (3) Other delineations between companies and states, including how these can be handled. One example is companies’ sales of weapons to states which may use these in a manner that violates humanitarian law."

If you would like provide input to the Ethics Committee, please use the form below. We will read all the comments or suggestions we receive, but are unable to reply to each one individually. Comments will be published on this website unless the sender specifically opts out.


Information about the Committee: (1) Members; (2) Mandate follows below (with links).

Members of the Committee

Ola Mestad – Chair
LLD, head of the Scandinavian Institute for Maritime Law at the University of Oslo.
Professor Ola Mestad is the former chair of the GPFG’s Council on Ethics and the OECD National Contact Point for responsible business in Norway. He currently chairs the government appointed Ethics Information Committee.

Figure 1: The ethical framework for the Government Pension Fund Global

The Commission shall assess:
III. Ethical considerations relating to individual countries
The Guidelines for Observation and Exclusion address companies, and not countries. Discretionary decisions to exclude individual countries might under certain conditions be bordering on foreign policy. Section 3-1, Sub-section 2 c), of the management mandate for the Government Pension Fund Global nonetheless stipulates a so-called «government bond exemption», which implies that the Fund should not be invested in fixed-income instruments issued by states that are subject to UN sanctions or other international initiatives of a particularly large scale, where Norway supports such initiatives. This is considered an objective criterion.
In some countries, the scope of companies for compliance with some of the criteria, especially the human rights criterion, will be limited. These include, inter alia, countries whose national regulatory frameworks and practises are not based on, or are even in conflict with, the fundamental rights laid down in international conventions and standards. This means that companies must in some cases violate the laws of the state in which they have their operations in order to comply with international conventions and standards. The Council on Ethics may in such situations be confronted with the dilemma of either recommending exclusion, and thereby risk this being perceived as criticism of the authorities, or only basing its assessments on factors that can be influenced by a company, thereby not excluding companies that are required to violate fundamental rights under local regulations. The latter may be perceived as legitimising situations that would have resulted in an exclusion recommendation under other circumstances. One issue is how to comply with the requirements laid down in the ethical guidelines without the Fund being perceived as a foreign policy instrument. Another issue is what implications companies’ latitude should have for the assessments under the guidelines.
The Commission shall assess:
The effectiveness of the Council on Ethics’ portfolio monitoring is in practice largely dependent on its access to information on the companies in the Fund.2) The Council on Ethics’ access to information is partly dependent on which state or market a company is based in. The availability of information is generally less for companies based in emerging markets and so-called frontier markets than in developed markets. Differences in the availability of information may result in inconsistent treatment of companies, and may ultimately result in companies on which there is limited information in the public domain, or which fail to respond to information requests, doing better than companies on which more information is available.
The Commission shall assess:
The Commission shall outline the financial and administrative implications of its proposals.
The Commission shall submit its report by 15 June 2020. 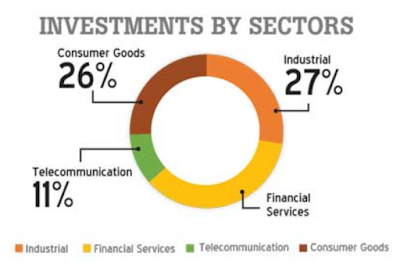 If you would like provide input to the Ethics Committee, please use the form below. We will read all the comments or suggestions we receive, but are unable to reply to each one individually. Comments will be published on this website unless the sender specifically opts out.

Please note that the normal rules relating to public administration apply should anyone make a formal request to see the input the Committee has received. The comments published on this website will carry the sender’s full name and will be open to public viewing. Attachments not authored by the comment’s sender will not normally be published.