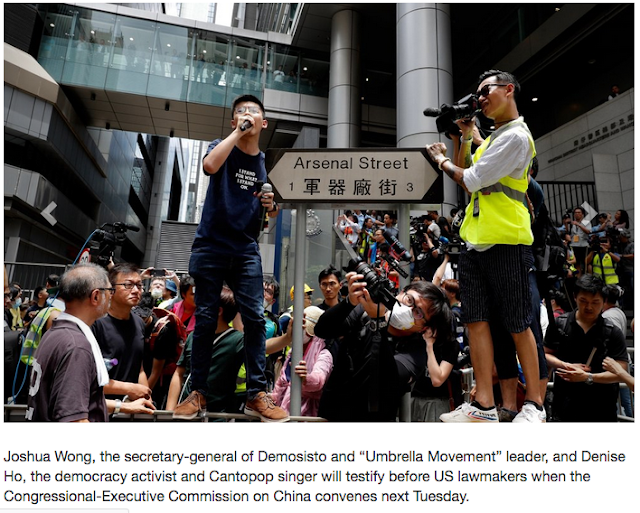 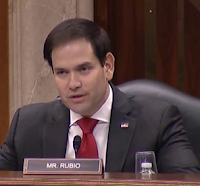 The CECC has made its position clear with respect to the situation in Hong Kong, and of the yardstick by which it will seek to measure Chinese responses. U.S. Representative James McGovern (D-MA) and U.S. Senator Marco Rubio (R-FL), the Chair and Cochair respectively of the bipartisan and bicameral Congressional-Executive Commission on China (CECC), issued a joint statement urging action by President Trump at the 2019 G7 meetings to press what they believed to be U.S. and international community interests in Hong Kong’s autonomy.

“At the G-7 summit this weekend, President Trump should raise the ongoing threats to Hong Kong’s autonomy, human rights, and fundamental freedoms in discussions with other world leaders. The President and the international community should make clear that Beijing is expected to fully abide by the terms and the spirit of the 1984 Sino-British Joint Declaration, a legally binding treaty, and that intervention by mainland Chinese authorities against peaceful protesters in Hong Kong would further damage China’s bilateral and multilateral relationships. U.S. and global interests are at stake if Hong Kong’s autonomy continues to erode. Chairman Xi Jinping should understand that his government’s willingness to uphold its international commitments will have a direct bearing on whether any agreements with Beijing, especially on trade, can ever be trusted." 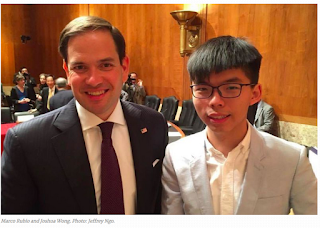 For September 2019, the CECC has organized a hearing on the situation in Hong Kong, bringing to Washington some of the key actors representing the protestors and others.They include Joshua Wong: Secretary-General, Demosistō and “Umbrella Movement” Leader; Denise Ho: Pro-democracy Activist and Cantopop Singer and Actress; and Sunny Cheung: Spokesperson, Hong Kong Higher Education International Affairs Delegation (HKIAD). Mr. Wong is no stranger to the CECC (see Hong Kong’s ‘One Country, Two Systems’ agreement ‘increasingly uncertain’ in long-term, says US Congress Commission).

Information about the hearings, scheduled for 17 September 2019 in Washington, follow.  The hearing will be livest reamed on the CECC’s YouTube page.

Over the summer months, millions of Hong Kong’s citizens took to the streets to demonstrate against an extradition bill that would have put anyone in Hong Kong – including over 80,000 Americans and thousands of other foreigners living in the city – at risk of extradition to mainland China where abuses in the judicial system are well documented. Growing discontent about the Chinese government’s steady erosion of the “one country, two systems” framework and the lack of democratic progress intensified the demonstrations as the Hong Kong government refused to respond to protester demands for the formal withdrawal of the extradition bill.

The Hong Kong government’s increasingly heavy-handed tactics against protesters further galvanized clashes between protesters and authorities. Also alarming are the Chinese government’s disinformation campaigns and escalating threats of political retaliation and military intervention. Hong Kong’s autonomy and freedoms, as guaranteed in the Basic Law and the 1984 Sino-British Joint Declaration, a binding international treaty, are more tenuous now than ever.

This hearing will examine developments in Hong Kong and the future of U.S.-Hong Kong relations in light of the ongoing demonstrations and the escalating tensions caused by police violence and threats by the Chinese government against Hong Kong’s autonomy. Witnesses will provide first-hand testimony about current events in Hong Kong, discuss the Chinese government’s role in Hong Kong’s political crisis, and offer recommendations for the U.S. Administration and Congress.