Brief Reflections on "Evaluation of the Dutch RBC Agreements 2014-2020" 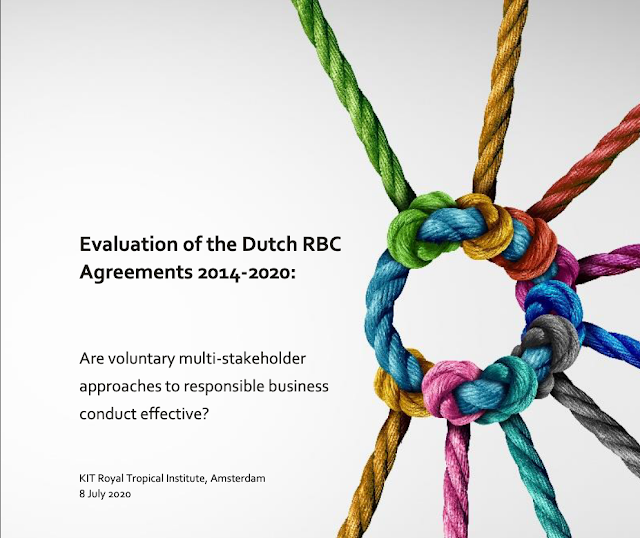 All of this was undertaken, in some significant respect with respect to Dutch (and more generally) European public movement toward the facilitation of private international multilateralism connected with or derived from or conformity with the OECD Guidelines for Multinational Enterprises (OECD Guidelines) and the United Nations Guiding Principles on Business and Human Rights (UNGPs) in Dutch ‘high-risk’ sectors.

The full Report may be accessed HERE (PDF).  Brief reflections and the Report's Management Summary follow.

1. One of the most interesting aspects of this movement toward private international multilateralism is that states have come to this form of non-traditional regulatory mechanism late.  There was good reason, of course.  Certainly until 2016 there was much public law investment in public international multilateralism and it appears that the trajectory of legalization/judicialization of global standards in this field (as in that of public criminality and others) would make any effort toward enhancing private multilateralism less useful (given the adherence to fundamental principles of the supremacy of law within liberal democratic orders). More importantly, perhaps,  and potentially threatening to the supremacy of law (in general) and to the continued construction, and domestication, of international law at the apex of domestic legal orders in which private legal ordering was to be cabined to derivative and dependent status.

2. More interesting, still, is the representation of the state as the final or better arbiter of RBC/CSR multilateral agreements.  That continues to normalize certain conceits deeply held by (Anglo-European) elites about the state.  First is the deeply held notion that it is to the (small) family of civilized states and their "students (subaltern) dependencies that one will look for the model RBC(CSR agreement (both as to form and implementation). As for the rest, the RBC /CSR agreement is meant as a civilizing (read in the parlance of the 21st century--capacity building) project of apex stares and their apex companies. Ironically this is a great lesson earned well by the Chinese in their construction of the Belt and Road Initiative and the putting forward of a similar model but with distinctly different values.

3.  The most promising part of this effort is the refocus of regulatory interest from the entities that constitute the institutional expression of global production chains to a focus on the chains of production themselves.  Moreover the characterization of RBC/CSR agreements of this type as platforms is quite useful--especially given the underlying data driven and accountability premises at their heart.

4.  And that brings us to the great irony and the global challenge of these agreements.  To the extent that they are facilitated by the state--they remain multilateral in a quite provincial sense: that is they comprise enterprises operating within global production chains but all subject to the facilitating state.  Thus Dutch RBC/CSR agreements will be different from French, or Ghanian agreements of the same sort. But there are issues here, alluded to above--because of the basic difficulty of human rights coherence among states given their prerogatives to fashion together that collection of duties they deem consistent with their political orders and constitutional traditions, the possibilities of public multilateral agreements to facilitate private RBC/CSR multilateral (in the sense used here) agreements is unlikely to be successful outside at least the old core of the EU.

5. It is interesting to note that with respect to this nationalizing mutilateralism, the focus remains on traditional aspects of compliance--monitoring transparency, reporting. But in the end it appears also meant to foreground another of the great European projects expected for 2021--mandatory (inter)national human rights due diligence reporting.

6.  There is a potentially important role for RBGs to play in the management of production chains.  The Dutch government was well ahead of its time.  But RBGs work principally because they are respectful of the different character of duty (of states) and responsibility (of enterprises) within a global production chain that is quite resistant to unified and centralized governance. In this new era sates are at their best when they facilitate the second pillar market mechanisms through law.  These, in turn are best served by the legalization of the principles of the UNGPs and the OECD Guidelines (for example); enterprises are at their best when they might be encouraged to look beyond either their institutional organization or the strategic use of borders. To hold enterprises to account but to do so in a regulatory environment in which sector specific firms might develop the mechanisms for robust accounting appears to serve--at least in this stage of development--as a promising avenue for the sort of gap filling envisioned for the UNGP and for the continued centering of globally driven principles of business conduct.  Eventually those will be embedded n the financial reporting of enterprises--but that is a story for another day. 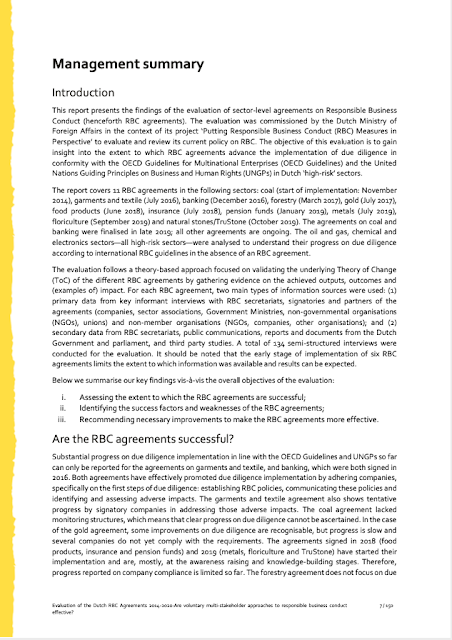 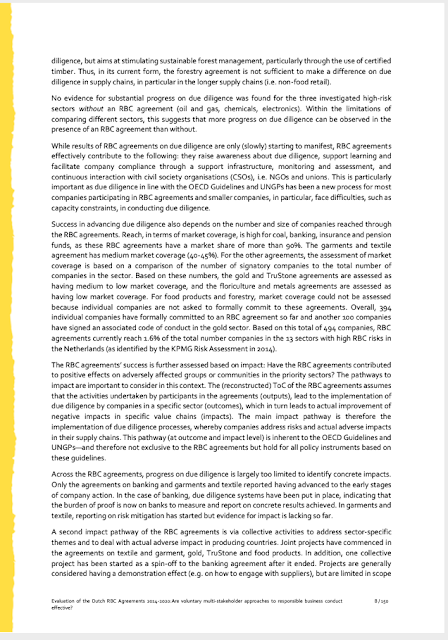 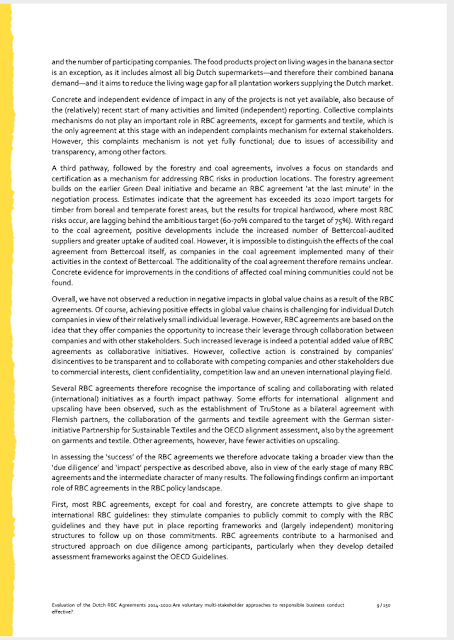 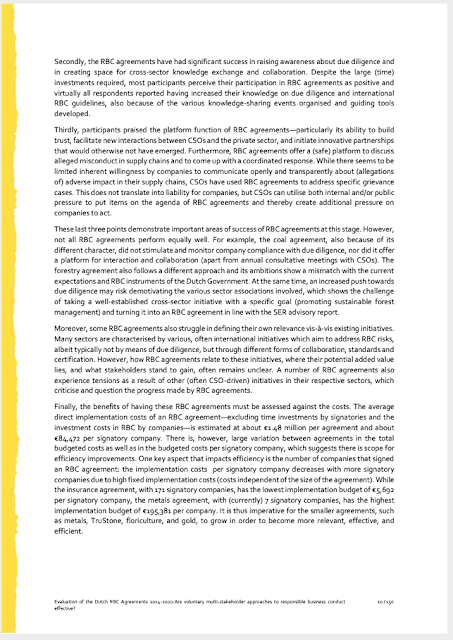 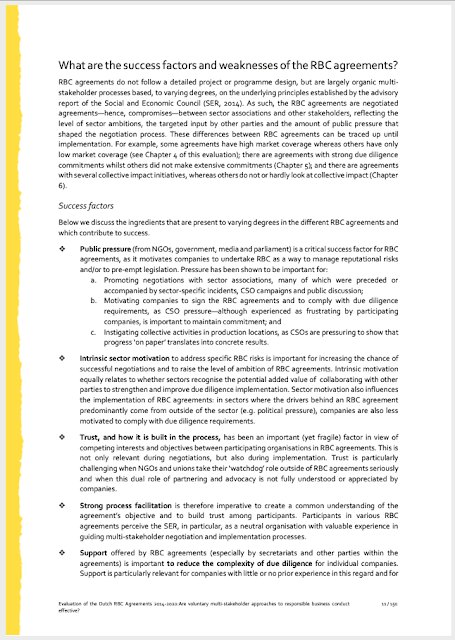 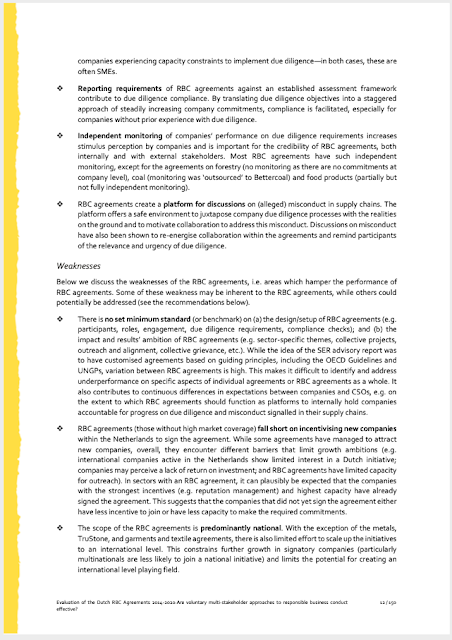 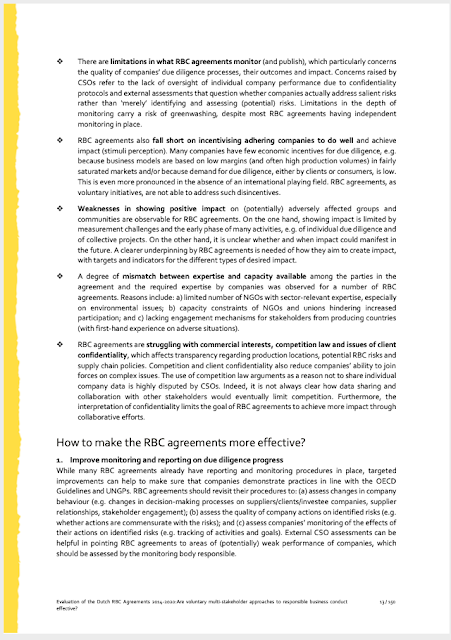 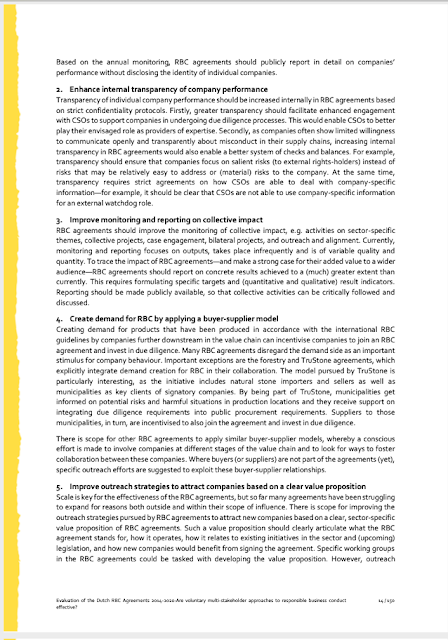 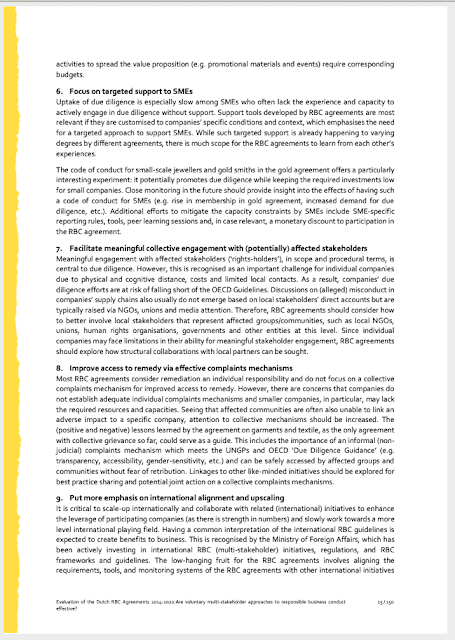 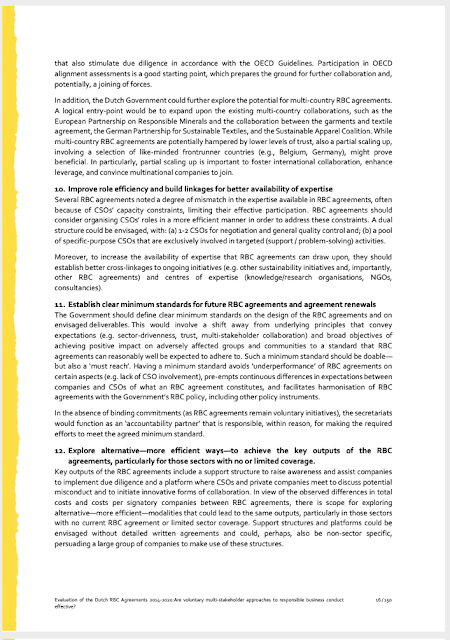 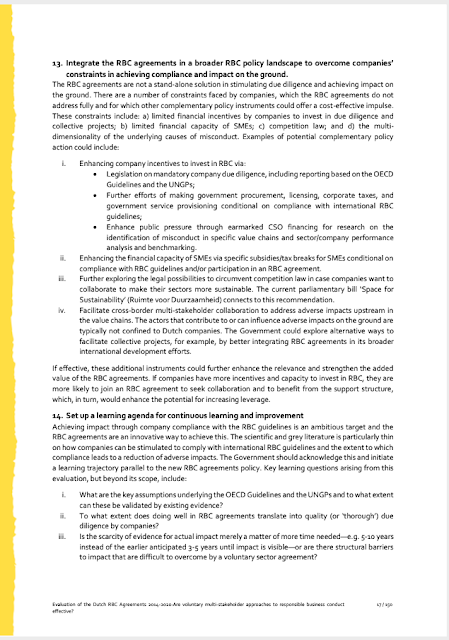