Ruminations 93: Reflections on the Anniversary of the Attacks of 11 September 2001 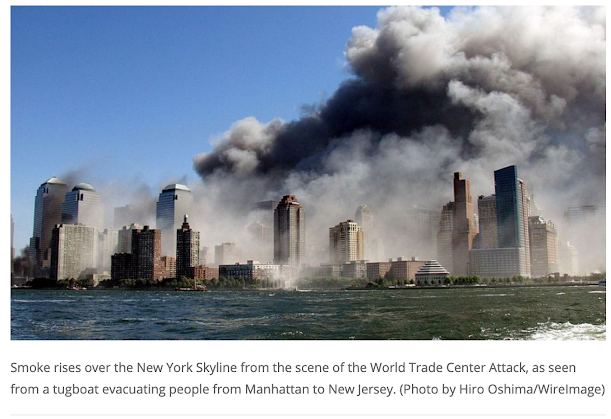 There is not much that can be said on the commemoration of the day of the attacks of 11 September 2001 that has not already been said, and said better, by others. One remembers the dead and injured, and those who died or suffered injury thereafter.  For them and their loved ones the day resonates in ways that the rest of us ought to honor and respect. For them is is an excruciating though private tragedy repeated thousands of times in thousands of different ways. 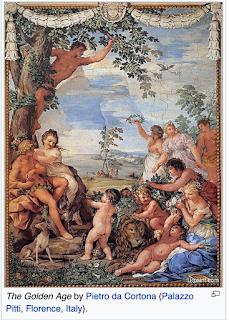 Attention is also paid to the public tragedy that this day marks.  It is this public tragedy has has become the great dynamic element, the modulating prism, though which this society sees itself and its role in the world. That is to say, the making of meaning of the tragedy--its signification--has proven to be as fragile as the view of the world that was meant to be obliterated by the sacrifice of the lives lost that day.

The 11th of September 2001 bookends the golden age of the great post 1945 era, one which was also created with the sacrifice of so many American lives, and which reached its apogee during that 10 year period from the time of the fall of the Soviet Socialist Empire on Christmas Day 1991 to the destruction of the Twin Towers in 2001.  This was the time of endless possibilities under the glorious sun of the United States, the light of which could not be hidden, like a city on a hill (Matthew 5:14). 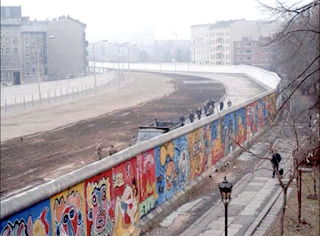 The 19 years since might be viewed as a sort of silver age, warmed by the embers of a glorious past, but one in which the fruits of the work of prior ages might have been consumed from a garden less well tended. The City on a Hill acquired walls; where once the City was in a sense a reflection of the world, it now experienced the world as built in part of that which lies beyond. That was, in a sense, what was mourned during the Obama administration, and that was what has been more consciously embraced (perhaps inevitably) in the current one. And it is within this area beyond, within the spaces left outside the walls of the once global City on a Hill that the seeds of the worries of the present age germinated.  And yet we are the builders of that wall; we are those who invest that tragedy not merely with meaning but as a oracular instruction.  But oracles are notoriously ambiguous.  Their interpretation tells us more about ourselves than it does about the oracle itself.  What changed was not the outside but the inner spirit which in turn marked the character of the passing of an age. Those external walls have now been replicated everywhere both outside the U.S. but more tragically within.  The 11th of September reminds us that we have become a City of Walls and a shining beacon of difference which has become the great global anthem of the present era. That, along with the lives tragically cut short in the most horrible ways, are both to be commemorated, both to be mourned, on this day.
Posted by Larry Catá Backer at 9/11/2020 10:35:00 PM