The Norway Pension Fund Global: An Iron Fist Against "Systemic Human Rights Abuses," and a Velvet Glove Against "Corruption"

The administrative apparatus of the investment disciplinary mechanisms of the Norwegian Pension Fund Global has just announced three interesting actions. Two of them resulted in the exclusion of companies for an unacceptable risk of systemic human rights abuses.


Formosa Chemicals & Fibre Corp and its subsidiary Formosa Taffeta Co Ltd is excluded due to an unacceptable risk that the companies cause systematic human rights abuses. Please find the Council’s recommendation to exclude the companies here: https://etikkradet.no/formosa-chemicals-fibre-corp-formosa-taffeta-co-ltd-2/

Page Industries Ltd is excluded due to an unacceptable risk that the company causes systematic human rights abuses. Please find the Council’s recommendation to exclude the company here: https://etikkradet.no/page-industries-ltd-2/


The third, after some initial confusion about the action taken, resulted in a promise of more active shareholder oversight in the context of anti-corruption efforts.


Norges Bank has decided to follow the company PetroChina Ltd’s work on anti-corruption as part of the fund’s active ownership efforts over a period of three years. Please find information from Norges Bank here: https://www.nbim.no/en/the-fund/news-list/2020/decisions-on-exclusions-and-active-ownership/. 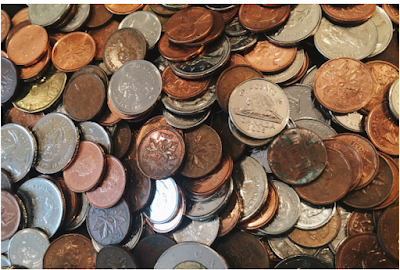 None of these actions ought to come as a surprise. The Pension Fund Global apparatus has shown increasingly a far more nuanced approach to corruption than it appears to follow against other system human rights abuses. I have written about the emergence of this somewhat curious and incoherent approach (they might call it "ad hoc" and context driven) before: See e.g., here, here, here, here, and here). The decision becomes even more curious, and the incoherence appears even more augmented in the international level (ironic given Pension Fund Global internationalism in the construction of its exclusion jurisprudence (see, e.g., here) in the face of the recent report from the UN Working Group on Business and Human Rights and its exploration of the strong link between corruption and human rights: Connecting the business and human rights and the anti-corruption agendas A/HRC/44/43 (17 June 2020) (Advance Edited Version). 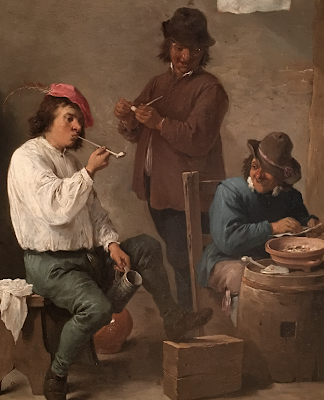 Moreover, the human rights cases also seek to make a larger point--that failure to cooperate will produce consequences. In the case against Page Industries suggests, the Pension Fund Global apparatus has become more willing to take severe action against companies that do not cooperate with its investigation ("The Council emphasises that Page has not provided any information to help clarify the case or how it works to prevent norm violations at its facilities. In practice its seems as though the company does little to prevent the abuse of labour rights in its operations." HERE). In the case against Formosa Chemicals, the issue was providing misleading information ("The Council on Ethics emphasises that Formosa Taffeta has provided misleading information about working hours to the Council, and that it in practice does little to prevent the abuse of labour rights within its own operations." HERE). This appears to be in line with efforts to transate policy direction from the Norwegian Parliament expressing Norwegian  policy respecting cooperation it its economic and investment organs ("In keeping with Report No. 20 (2008-2009) to the Norwegian Storting, the Council takes the view that a lack of information about a company’s behaviour and, not least, a lack of willingness on the part of the company to provide information, may in and of itself contribute to the risk of unethical behaviour being deemed unacceptably high." Page Industries, Recommendation p. 9).


In addition, this batch of cases suggest the extent to which the Pension Fund Global is building its own jurisprudence on veil piercing for purposes of applying its ethics rules. The focus of the investigation of Formosa Chemicals centered on the operations of its Vietnamese subsidiary.  "In keeping with its practice from previous recommendations,the Council on Ethics takes the position that if a subsidiary is excluded because it is deemed to have contravened the GPFG’s ethical guidelines, the parent company must also be excluded if it has a controlling influence over the subsidiary’s operations." (Formosa Chemicals, Recommendation, p. 13).


Norges Bank’s Executive Board has decided to exclude the companies Formosa Chemicals & Fibre Corp, Formosa Taffeta Co Ltd and Page Industries Ltd because of unacceptable risk for violation of human rights, ref. section 3, subsection a, of the guidelines. The Council on Ethics recommended to exclude Formosa Chemicals & Fibre Corp and Formosa Taffeta Co Ltd because of alleged human rights violations related to textile production in Vietnam and Page Industries Ltd due to alleged human rights violations related to textile production in India.
In addition, the Executive Board has decided to follow the company PetroChina Ltd’s work on anti-corruption as part of the fund’s active ownership efforts over a period of three years. The Council on Ethics has recommended to exclude the company. According to the guidelines, Norges Bank shall consider whether other measures, including the exercise of ownership rights, may be more suited to reduce the risk of continued norm violations, or whether such alternative measures may be more appropriate for other reasons. The Executive Board concludes that active ownership in this case is more suitable.
The company has been under observation since 2017 following a recommendation from the Council on Ethics in 2016 to exclude the company. The Executive Board agrees with the Council on Ethics that observation no longer seems to be the appropriate action as the company is not responding to enquires from the Council. The Executive Board considers active ownership an alternative. The fund has regular dialogue with companies on anti-corruption issues, and can benefit from that experience in a dialogue with PetroChina Co Ltd.
The Executive Board’s exclusion decisions were made based on recommendations from the Council on Ethics. For some of the companies of which exclusion is now being made public, the market situation, including liquidity in individual shares, has meant that it has taken a long time to sell the shares in a reasonable manner. That explains why a long period of time has passed between some of the decisions and the bank’s publication.
The Council on Ethics' recommendations:
Page Industries Ltd
Formosa Chemicals & Fibre Corp and Formosa Taffeta Co Ltd
PetroChina Co Ltd
List of excluded companies
Press contact:
Thomas Sevang
Head of Communications and External Relations, Norges Bank Investment Management
Tel. no.: +47 92601756
E-mail: press@nbim.no