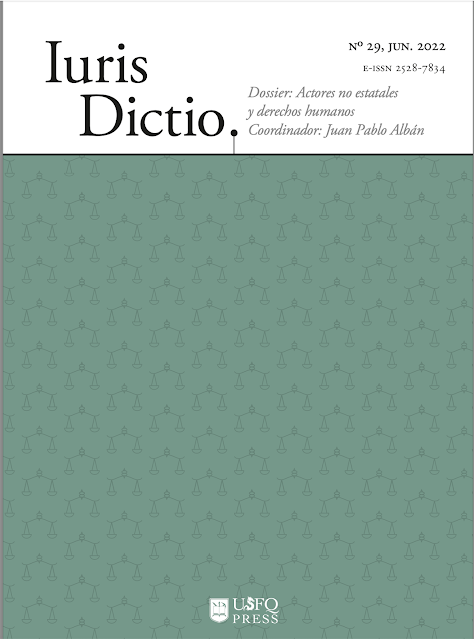 It my great  honor to serve on the Scientific Advisory Board of the journal Iuris Dictio whose home is the Universidad de San Francisco de Quito (Ecuador).  It is one of the leading legal journals in Ecuador and the Andean region. This issue of Iuris Dictio is particularly interesting for those working in the area of business and human rights--especially for those interested in a South perspective on issues. Articles (in Spanish and English ) include