New Paper Posted: "Between the Judge and the Law—Judicial Independence and Authority with Chinese Characteristics" 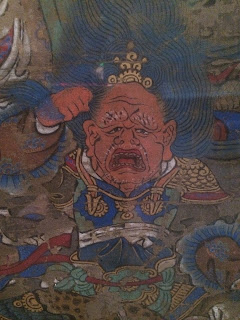 I am delighted to be participating in the 11th Annual General Conference of the European China Law Studies Association (欧洲中国法研究协会 ) will be held at the Faculty of Law of the Roma TRE University in Rome from 22 to 24 September 2016 (Conference Program HERE).

Along with Flora Sapio, I will be participating on a panel entitled "Constructing the Judicial Role in China: Legal System Reform and Judicial Independence."

My object is to consider the ideological foundations of judicial reform, especially in the context of global harmonization of the judicial role around Western concepts of law, judge, state and rule of law.  I will suggest that transplants carry with them the ideologies that gave them their form and function and in the case of Chinese judicial reform that may be troublesome.  My specific object is to suggest the specifics of those ideologies and then contrast these to those emerging within the Chinese constitutional order.

The paper, "Between the Judge and the Law—Judicial Independence and Authority with Chinese Characteristics" has been posted to SSRN.  The abstract follows.  PowerPoints of the presentation HERE.

What is the scope and nature of judicial reform? To what extent does borrowing from Western models also suggest an embrace of the underlying ideologies that frame those models? It is a common place in the West, whether in Common Law or Civil Law states, that the integrity of the judiciary depends on their authority to interpret law and to apply that interpretation to individual cases and the litigants that appear before the courts. That presumption, however, embeds premises about the organization of political and administrative authority that may be incompatible with those of states developing Socialist Rule of Law structures within Party-State systems. In Common law states those deep presumptions touch on the disciplinary role of judicial opinions as a constraint on judicial interpretation. In civil law states that discipline arises from the constraining principles of the legal codes themselves. In both the legislatures serve as the ultimate check in a complex dialogue with courts in three respects. First, judges serve a political role in their relation to law. Second, cases themselves serve an important political role as well. Third, courts begin to serve as the place where societal narratives are forged and popular expression is constructed and applied. In Socialist rule of law systems, the disciplinary systems are quite different and ought to produce a different relationship between courts, law, and the cases they are bound to apply fairly and consistently under law. This paper considers the way that the logic and grounding principles of Chinese Marxist Leninism may provide guidance in the construction of a judicial enterprise that is both true to its organizational logic and which enhances the authority of judges to serve litigants fairly. It suggests the points of compatibility and incompatibility in the ideologies of these distinct systems of judging and what it may mean for judicial reform in China. That consideration, in turn is based on a fundamental difference, in Socialist Rule of Law systems, between the authority to interpret law and the authority to apply law to an individual case. For Chinese judicial reform it is in the perfectibility of the judge that lies the perfectibility of law that in turn ensures the perfectibility of the judge. Part II considers in very broad strokes the relationship between the judge and law in the West. Part III then considers Chinese reforms touching on the relationship between the judge and the law, and the evolution of normative structures within which one can speak to judicial independence. Part IV then considers the project from the perspective of the grounding ideology of the Chinese state. From that fundamental distinction, the paper will propose a Socialist approach to the judicial function compatible with its own logic and legitimacy enhancing under global consensus principles for a well-organized and functioning judiciary.

Number of Pages in PDF File: 23