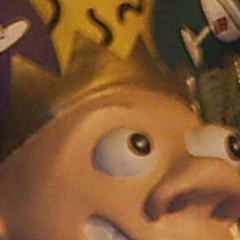 “It was on a dreary night of November that I beheld the accomplishment of my toils. With an anxiety that almost amounted to agony, I collected the instruments of life around me, that I might infuse a spark of being into the lifeless thing that lay at my feet. It was already one in the morning; the rain pattered dismally against the panes, and my candle was nearly burnt out, when, by the glimmer of the half-extinguished light, I saw the dull yellow eye of the creature open; it breathed hard, and a convulsive motion agitated its limbs.” (M. Shelley, Frankenstein or the Modern Prometheus (Lackington Hugh Harding Mayor & Jones, 1818); ch. 5.)

It has been with this image firmly in mind that I have approached the quite challenging and interesting issues around which the elaboration of a Comprehensive Treaty for Business and Human Rights will be undertaken. It is in search of a set of framing principles for this enterprise--in the Mandate of the Intergovernmental Working Group charged with treaty elaboration, or elsewhere--with which I have been wrestling.  Conceptually the problem posed, and the answer suggested are central to every effort to frame a coherent treaty and to make it effective with a strong fidelity to its framework principles.
The revised paper--Pragmatism Without Principle?-- just posted for review and comment  is meant to move in that direction. The abstract follows.  The paper may be accessed through this LINK.

Pragmatism Without Principle?: How a Comprehensive Treaty on Business and Human Rights Ought to Be Framed, Why It Can’t, and the Dangers of the Pragmatic Turn in Treaty Crafting

In June 2014, an “open-ended intergovernmental working group to elaborate an international legally binding instrument to regulate, in international human rights law, the activities of transnational corporations and other business enterprises” (IGWG) was established to overcome a number of purported deficiencies that some states and civil society actors had expressed about the soft law U.N. Guiding Principles for Business and Human Rights framework, endorsed by the Human Rights Council in 2011. Any move from regulatory systems grounded in Guiding Principles to one grounded in Treaty making raises two questions. The first is normative: what are the substantive goals of such a treaty. The second is operational: how should those goals be expressed in an international treaty? Both questions go to the fundamental ordering principles of regulatory construction and way such principles are developed and applied. After a short introduction, the essay first considers the great framework principles that might be extracted from the mandate for treaty elaboration of the IGWG. Those principles provide the objectives and substantive principles around which a comprehensive treaty will be elaborated. The essay then turns to the consideration of two levels of principles that may be used to guide pragmatic choices in treaty elaboration. The first touches on the great framework principles that give the treaty its structure and coherence within the objectives of the mandate. These suggest the range of ideological choices that must serve as a starting point for treaty drafting that is principled. Pragmatism follows from the need to choose among these framing principles or work through ways of blending them that avoid incoherence of the treaty as a whole. The second touches on issues of application of framing principle in the actual drafting of treaty provisions. Distinct framing principles privilege or emphasize distinct sets of provisions. Coordinating principle and provision—or moderating that connection suggests the scope of pragmatism that most take for granted (as the routine “wheeling and dealing” of negotiation, but which are guided by the usually unstated normative frameworks the purpose of which is to ensure coherence and fidelity to the basic ideological foundation of the draft.

Number of Pages in PDF File: 23