Breaches in the Walls of Corporate Autonomy, the Embedding of Regulatory Governance Mechanisms in Contract--and Corporate Liability for Upstreaming Human Rights Related Harms 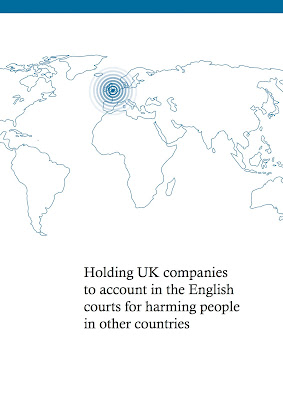 If only for a relative brief periods between the end of the First World War and the first decades of the 21st Century, there was a certain stability in the basic premises of corporate law within an international system grounded in the supremacy of states (discussed in Multinational Corporations, Transnational Law). Those basic premises were centered on the notion of corporate autonomy and its subsidiary principles, asset partitioning and entity welfare maximization.  These principles were incorporated into regulatory systems in which either the enterprise was understood as a social organ that could be managed by the state (centered in the U.S.) or as a creature of the state wholly dependent on the state for its  existence and character (flowing out of European civil law notions) (discussed in The Autonomous Global Enterprise: On the Role of Organizational Law Beyond Asset Partitioning and Legal Personality).

This post considers the continuing erosion of the doctrine of asset partitioning as a means of transforming traditional legal concepts into vehicles fopr extending liability upstream to apex corporations in supply chains for human rights related injury.

Asset partitioning has never been an inviolable rule, though it has been one that courts and legislatures have sought to protect and preserve.  Equitable notions in Angle-American jurisprudence and statutory exceptions in civil law states provided  "justice" or "fairness" or "abuse" based exceptions to the protection of shareholders from liability for corporate acts, or vice versa for the obligations of corporations for shareholder acts. A well known empirical study by Professor  Robert Thompson exposed the parameters and constraints of this device for "piercing the veil" between enterprise and owner (Robert Thompson, Piercing the Corporate Veil: An Empirical Study, Cornell Law Review 76:1036 (1991)). His conclusion at the start of the era of accelerating globalization was that veil piercing, the disregard of corporate autonomy, occurred only in close corporations and within corporate groups, but not in public corporations. Given its origins in equity it was no surprise that Professor Thompson also found that the decisions were highly contextual.

This doorway to the disregard of corporate autonomy has proven to be an irresistible means through which advocates have sought to create legal liability for apex corporations in supply chains they control. The principles of veil piercing, of disregarding corporate existence for the projection of liability outward from the enterprise that incurred the liability to all others within an ownership or control chain, continues to dynamically evolve--though at different paces and in different directions, especially in the Anglo American jurisprudence world.

The U.K. has proven to be fertile ground in advancing theories of disregarding corporate autonomy in two respects.  The first is the traditional one--where one corporation is owned or controlled by another.   The second represents an advance or more aggressive expansion of equity principles--to effectively embed regulatory principles in contracts negotiated at arms length but which are recharacterized as regulatory in nature (the transformation of contractual relations among enterprises in supply chains is discussed here and here).  What makes this change profound is not the extent to which is has occurred--as a technical matter the courts have not moved far.  Instead the critical factor is the the courts have opened the jurisprudence door. This provides an important venue for stakeholders to litigate--over and over--which, when attempted strategically over a period of time can have transformative effects on law (the principles of which are discussed here and here).

CORE and the London Mining Network has recently produced a very useful description of both the state of the law in the U.K. and the strategies being developed to further instrumentalize the equitable exceptions to corporate autonomy to transform the law of corporate accountability for human rights wrongs.  The Guide, "Holding UK companies to account in the English courts for harming people in other countries" is an important read for those interested in the state of the law and or in the strategies being use dot transform law--with significant implications for the application of the U.N. Guiding Principles for Business and Human Rights and for the elaboration of a Comprehensive Treaty for Business and Human Rights.

The "About the Guide" and "Introduction" and "In What Situations Could Legal Action in England be an Option? are reproduced below.

The aim of this guide is to help communities, workers, and civil society organisations supporting them, to understand the process of using legal action in England to hold UK companies to account for harming people in other countries.1

The guide will help you understand the basics of legal action in England against UK companies, but on its own, it does not provide enough information to help assess whether legal action could be an option in a particular situation. This is a complex process which a solicitor will be able to advise you about.

If after reading the guide, you are unsure about whether legal action in England could be an option, and/or you would like to explore what could be possible, you can contact one of the lawyers listed on the Business & Human Rights Resource Centre website here:

UK companies today operate all over the world, in every sector. While this can bring bene ts for communities, sometimes corporate activity can have negative consequences for people and the environment. When this happens, the people who have been harmed often want to seek remedy and to see the company held to account. Legal action in England can be a means of achieving this.

Over the last 20 years, the English courts have established that in certain situations, a UK company operating in another country may owe duties to local communities. If these legal duties are breached, in some circumstances this may entitle members of those a ected communities to take legal action against the UK company in the English courts. This is known as a “civil action/litigation” or “suing”. It will not result in anyone from the company being ned or sent to prison; rather, its purpose is usually mainly to secure nancial compensation. It could also lead to the company changing its practices.

This guide gives an overview of information on the general situations in which legal action in England against UK companies could be possible, the potential outcomes and a summary of the process. Those contemplating litigation will probably already have considered other options as part of their strategy to achieve their goals. The nal section provides links to sources of further information, including information which discusses in more detail some alternatives to litigation.


IN WHAT SITUATIONS COULD LEGAL ACTION IN ENGLAND BE AN OPTION?

Legal action in England could be an option if people have been harmed due to something that a UK company did or something it should have done but failed to do, either on its own or through the actions of its subsidiary for which it might be liable.


These are complex issues that will be assessed depending on the particular situation. Other relevant factors may include the number of people a ected and the severity
of the impacts.