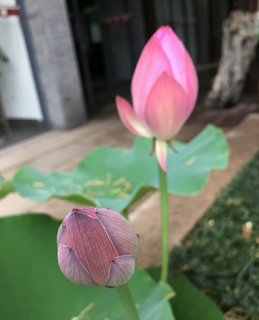 
This post is the third of a series of four (4) posts in which the CPE WGE examine the question of paths to empire performed through the choices being made by the U.S. and Chinese leadership cores [领导核心] within the theater of the U.S.-China bilateral trade negations.

Part 1 focused on the meaning embedded in the text itself on a paragraph by paragraph basis, suggesting macro and micro strategies, challenges and opportunities in the emerging Chinese positions on global trade and its role in such systems. To that end it critically examined China's State Council [国务院] White Paper, entitled China's Position on the China-US Economic and Trade Consultations ; <关于中美经贸磋商的中方立场>; 原中国语言版本. The White Paper was distributed by the State Council Information Office on Sunday 2 June. Part 2 drew broader insights that suggest the contours and trajectories of China's geo-political strategies in general, and their application to its management of the relationship with the United States more specifically. Part 3 then critically considered the official response of the U.S. Trade Representative was short and dismissive. It relied substantially on the United States issued a 200-page report in March 2018 (Findings of the Investigation into China's Acts, Policies, and Practices  (22 March 2018) along with the Chinese-Russian counter-thrust, in the form of the Development of the People's Republic of China and the Russian Federation Joint Statement of the New Era Comprehensive Strategic Collaboration Partnership [中华人民共和国和俄罗斯联邦关于发展 新时代全面战略协作伙伴关系的联合声明]

This Part 4 takes up the Sino-Russian Joint Statement in some detail.  It suggests that accounts of Empire have failed to notice two differences between pre- and post-Westphalian forms of governmental organization: the average life-span of Empires; and Empires’ ability to form outside of models and templates traced following the contours of the past, and therefore potentially outmoded. And thus the pathos of conventional analysis--its insistence of looking at things in terms of the passing age makes it impossible to see the con tours of the trajectories of "new era" developments.

The history of Sino-Russian relations has gone through several ebbs and flows. The two countries are often seen as tactical partners and strategic rivals – a perspective perhaps inspired by the Geographical Pivot of History and its easily memorized three lines stanza:

But, let us not dig into the “cultural substratum” that fertilized the writings of Halford Mackinder Karl Haushofer, and the founding fathers of geopolitics. More important than rhymed, self-fulfilling theories has been the ideological dimension of the Sino-Russian alliance. From the 1921 secret Shanghai meeting between ‘Russian envoys’ and Chinese Communists, to the Sino-Soviet split and beyond that dimension and its unfolding are well-known.

The past, at times seething tension between the Soviet Union and China however was not caused by their foresight into Halford Mackinder’s past writings. The quotation from the Geographical Pivot of History became popular in both countries only in the 1990s. Until that point in time, the issue at stake was not where the Heartland and the World-Island were but – much less interestingly perhaps – who could legitimately hold the scepter of ideological orthodoxy. Because, as it has been explained here, until the advent of Deng Xiaoping it was widely held that Communist ideology admitted of just one correct interpretation.

Thought, to put it in the Chinese way, had not been liberated yet. “Respect[s] [for] the paths and modes of development chosen by different countries” had not yet been elevated to the status of an emerging principle of global governance. The biggest common denominator of international relations had not yet been separated from the sphere of ideology. Therefore, the outward forms of governance tools closely followed the prescriptions of “theory” (broadly understood). And Sino-Russian relations could indeed be read as the relation between two strategic rivals.

But, that era has long ended. With these considerations in mind, it might be useful to read the Joint Statement for the results it has achieved, and keep an eye to its conformity – or the lack thereof – to the tools States use to express their will and project their power.

Upgrading the Sino-Russian Partnership to a New Level

In China’s understanding, the Joint Statement has “elevated bilateral ties” to a “comprehensive strategic partnership” in the New Era. The difference between ordinary bilateral ties and a strategic partnership might be difficult to define with precision. Does a State need to establish a “comprehensive strategic partnership” with China, before it joins the Belt and Road Initiative, or is it possible to first upgrade one’s ties, and then decide to sign a Memorandum of Understanding on the Belt and Road? At a time where law-based governance is being quickly surpassed by data-based governance, these questions are irrelevant, because they lean towards formalism.

Any regulatory text can come to life only through interpretation. If the words coming out from the “mouth of the law” can and should be predicted through an algorithm:

“(…) in the US and the UK, where judges appear to have accepted the fait accompli of legal AI companies analysing their decisions in extreme detail and then creating models as to how they may behave in the future (…)

then regardless of whether the judge is an interpreter of the law, one of its creators, both (or neither), an algorithm can yield equally legitimate interpretations, or produce equally legitimate precedents. More important than the form of governance decisions are the facts – facts about decisions’ consistency with statutes, precedential decisions, the past behavior of the individual judge and so on. Law’s Empire then appears to be based on facts, with new forms and new tools enabling these facts to become visible and actionable. But, sometimes, the relative novelty of a tool can make facts invisible to our eyes.

Comprehensive strategic partnerships are facts in their own right, too. But, given the existence of objective (rather than merely rhetorical) historical and political ties between Russia and China, that the two countries chose to conclude a “comprehensive strategic partnership” is unsurprising. Let us not be captured by yet a different kind of mold, and instead look at what the Sino-Russian Joint Statement is not, and what it does.

What the Sino-Russian Joint Statement is not

We obtained our knowledge of international relations – and the conceptual and regulatory tools used to forge them – from the past. When we see a joint statement that enhances and further defines relations between two great powers, the question follows whether the current global governance regime may already be premised on entirely different abstract and concrete tools: different ideas, different bilateral or multilateral instruments.  What is important, again, are concrete results -  the tools used to achieve them merely being means to an end. By the same logic, even though the joint statement is not a bilateral investment treaty, it references both the  Belt and Road Initiative, and the Eurasian Economic Union….which are not bilateral investment treaties. In the last fifty years or so a variety of seeds were planted and sprouted. The trees that grew out of them, however, could not easily be identified using existing taxonomies.

The Joint Statement is not a Belt and Road Memorandum of Understanding but it expresses Russia’s support of the Belt and Road Initiative. It also expresses China’s support to the Eurasian Economic Union. The “Silk Road Economic Belt focuses on a straight path from China’s Central Asia, Russia, and Europe (the Baltic Sea)” (丝绸之路经济带重点畅通中国经中亚、俄罗斯至欧洲（波罗的海）) - so states the Visions and Actions on Jointly Building the Silk Road Economic Belt and 21st Century Maritime Silk Road. But the Joint Statement goes beyond conventional documents on the Belt and Road, because it creates a coordination between two distinct macro-regions.

The Joint Statement is not a defense treaty, but it defines the terms of Sino-Russian security cooperation in far greater detail than the 2001 Treaty. Security cooperation goes beyond a strategic coordination  of Sino-Russian national defence departments and armed forces. It extends to the areas covered by existing universal anti-terrorism and anti-drug instruments, and network governance mechanisms.

The Joint Statement is not a bilateral investment treaty, but it defines the principles that ought to regulate bilateral investment in a way the 2017 Russian guidelines on BITs and the 2006 BIT do not. Notion of “equality” and “mutual benefit” are an exception of course. But those notions are part of the standard language used in several BITs. By now they have been incorporated in the BIR. And yet the joint statement goes beyond this, posing a set of principles that are neither exclusively “Russian” nor with “Chinese characteristics”, but shared.

The Joint Statement is not a White Paper, but it “represents the broad legal views of two permanent Security Council members with respect to the overall architecture of global order” except that it does not give the same kind of positive legal justification as the 2016 Declaration on the Promotion of International Law.

What the Sino-Russian Joint Statement Does

More interesting than what the Sino-Russian Joint Statement is not, is what this document does. The Joint Statement regulates cooperation between the Russian and Chinese governments, included “practical cooperation”. Next, presumably in order of importance (but not necessarily so) are listed other aspects of the bilateral relation, and the ways in which those should be governed.

Following the trade war – or friction – between the US and China, it has become commonplace to think territory as re-shaped by production chains, and divided into trade blocks. This is no doubt true, but the reshaping of territory is going beyond the creation of distinct trade areas. It is giving life to distinct governance macro-regions. These macro-regions are articulated around ‘leadership cores’, divided by trade tariffs, and yet they communicate through finance, and through other channels.

History has provided us with only three examples of governance macroregions: the great empires of the past, and institutionalized groupings of linguistically and culturally diverse States connected by a shared historical and cultural heritage. Bound by a treaty. Divided by rhetoric and narrow self-interest. A third example, has been the attempt to project national power beyond the boundaries of the State. This attempt was performed using the tools of public international law, domestic regulation, and then trade, investment, and a variety of cultural, “bottom-up”, “people-to-people”, and “leadership” initiatives.

Public international law as we know it, however, is conceptually and practically distinct from all those initiatives that – before creating a governance macro-region on paper, have already built-up that macro-region in practice through the bricks and mortar of deeply intertwined networks. These networks exhibit a specific structure, and one that can furthermore change based on the persopective one adopts to look at them, yet each one of them has a central node. That structure, to paraphrase a certain proverb, wasn’t built in a day. And it may be far less vulnerable to tariffs than it seems. The focus on tariffs then might obscure a much more fundamental reordering of the principles, the structures and the very tools of global governance. And their transformation.

The move towards a deeper Sino-Russian integration is not the first attempt to construct a governance macro-region, and it will not be the last. A governance macro-region might be understood according to available templates. But, as fascinating as they may be, accounts of Empire have failed to notice two differences between pre- and post-Westphalian forms of governmental organization: the average life-span of Empires; and Empires’ ability to form outside of models and templates traced following the contours of the past, and therefore potentially outmoded.