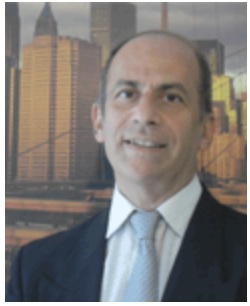 Joel Slawotsky, of the Radzyner School of Law, Interdisciplinary Center, Herzliya, Israel, and the Law and Business Schools of the College of Management, Rishon LeZion, Israel has guest blogged for "Law at the End of the Day" on issues relating to globalization, international law and relations, and corporate liability under international law. He has served as Guest Editor of the Sovereign Wealth Fund special issue of Qatar University International Review of Law (IRL) (2015).

He has very kindly produced a marvelously insightful essay: China's Long March. The title is meant to allude both to the famous "long March" of the Chinese Communists in the 1930s, as much as recent reporting on the way in which some have written about a "Long March" strategy that appears to the core of Chinese strategic choices in its engagement with the United States (e.g., The new Long March -- Xi's 15-year battle plan with the US), a connection that Xi Jinping has himself deployed in his for-public-consumption-globally statements (China Faces New ‘Long March’ as Trade War Intensifies, Xi Jinping Says). Professor Slawotsky concludes that "developments described above point to an ascendant China and corroborate China’s status as a potent and effective hegemonic rival. Furthermore, U.S. allies perhaps sensing a transformation underway seem to be hedging their bets or at least unwilling to openly embrace the U.S. open confrontation with China. Therefore, the risks over the longer-term of U.S. allies aligning with China cannot be discounted. U.S. allies’ self-interested embrace of China, should it gain critical mass, would constitute a transformative geo-strategic shift imperiling the hegemonic status of the United States."

The Essay follows below.


Thank you Larry for allowing me to share some thoughts on your excellent post, CPE Working Group on Empire: U.S.-China Trade Talks, Encircling the United States, and the Belt and Road Initiative—Looking to a Critical Gloss on Xi Jinping’s Speeches to the BRI Conference, which astutely and insightfully points out, the short-term thinking by the United States policy-makers and governing elites risks failure to comprehend the overall strategic goal ensconced in China’s long-march. 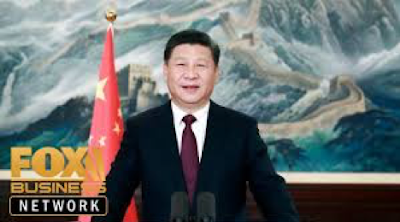 
The goal of the long-march is the crossing of the rubicon to global hegemonic status and is linked to the rejuvenation of the Chinese nation. Understanding the march in this fashion is in no way a critique of China. As Tears for Fears put it, “Everybody Wants To Rule The World.”

The United States seeks the same status and acts no differently. Since the end of WW2 the United States has in fact “ruled the world” and dominated and controlled the trade rules, international financial institutions, i.e., the global governance orders (The Clash of Architects: Impending Developments and Transformations in International Law). Indeed, “[t]he U.S. business model, [is] built into the bones of the current framework for global trade.”(CPE Working Group on Empire: U.S.-China Trade Talks).

Naturally, other nations, including China, would prefer to be the hegemon. With respect to Chinese governing elites, ascension to hegemony is probably not viewed as a rise (or as the United States may perceive as an “insurrection” by “revisionists” against the existing U.S.-led global order) (see, The Joint Force in a Contested and Disordered World (14 July 2016)), but merely as restoring China to its glorious historical position as an international leader, sea power, trade center and innovator (See, China's Age of Invention). 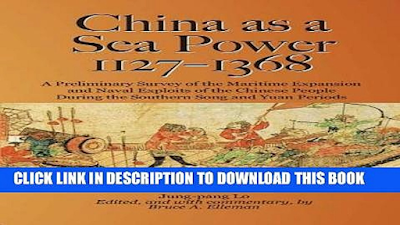 China may in fact view the West’s domination of the global economy and governance architecture as an aberration which is naturally correcting to the mean. From this historical perspective, the United States – a relatively “new power” was “in the right place at the right time” and is in fact the “revisionist” - an upstart nation of not even 250 years as compared to China’s thousands of years of civilization. Pursuant to this narrative, the United States will need to embrace the developing Chinese order – a nation with thousands of years of history wielding an Empire long before the United States Constitution even existed.

This intellectual underpinning would certainly dovetail with push-back against Western criticism. Why accept revisionist U.S-led Western ideas such as individual rights, liberal democracy and a markets based economic order with minimal state control? From this viewpoint, China’s long-march can be conceptualized as merely a path of rightful restoration of the historic norm. Pursuant to this understanding, Western states would need to get used to China as Chief Architect of global governance.

In failing to grasp this essential narrative, U.S. elites including senior elected officials, end up literally laughing at the prospect of the United States losing its hegemonic status (see more below).

In fact, by most measures, America has rarely been stronger relative to the rest of the world … From Europe to Asia, we are the hub of alliances unrivaled in the history of nations…. So the United States is and remains the one indispensable nation. That has been true for the century passed and it will be true for the century to come. (Remarks by the President at the United States Military Academy Commencement Ceremony 28 May 2014).

Hubris induced complacency has disastrous governance consequences whether in business or government.  “Indispensable” or “exceptional” is a softer version of “hegemon”. The hegemon is the “alpha-nation” dominating each pillar of hegemonic power: (1) enjoying the strongest economy with the ability to shape and create trade rules and international finance; (2) supremacy in emerging technologies such as AI, robots, 5G and space which can both bolster tremendously the hegemon’s domestic economy as well as create devastating weapons that can crush or degrade an adversary (creating financial instability, election hacking to elect a “friendly” candidate, shutting down critical infrastructure, rendering defense systems useless) and (3) wielding a powerful military vested with cutting edge weapons and the ability to project that power globally to protect its national interests.

This post [] speaks to the role of BRI as a key strategic element of a well thought out objective to reshape the rules of global trade, and eventually to isolate and contain the U.S. and its own economic area (CPE Working Group on Empire: U.S.-China Trade Talks, Encircling the United States).

This statement is absolutely key in analyzing the existing rivalry between the United States and China. Since the triage of hegemonic power is – economic – technological – military, each of the stratagems employed by China must be viewed in the context of the ultimate goal. Just viewing Chinese initiatives - AIIB or BRI or Yuan oil trading - in isolation and not as components of China's brilliant strategy is a fundamental error. And of course each of the initiatives wields impressive individual sub-parts. For example, the BRI is not just a tremendous infrastructure program which if successful will expedite the movement of Chinese goods across large swaths of the world. The BRI will also yield huge benefits in the form of Chinese-led trade rules, judicial decisions/law making, Yuan usage and alliance building (Joel Slawotsky: "The Longer-Term Ramifications of China’s BRI Jurisprudence").

Therefore, the failure to evaluate the various Chinese initiatives in the context of a hegemonic rivalry by focusing solely on specific issues in isolation such as “the trade deficit” misses the mark (Anchors From Fox and Chinese State TV Hold Live Debate on Trade).

One might also surmise that this failure to see the larger context is not new and has in fact plagued American strategic analysis and policy enabling China to be the only rival capable of dethroning the United States. From the vantage point of contextual perspective, China’s brilliant leadership has outflanked, out-thought and out maneuvered the U.S.


Moreover, as China is engaged in a long-march (China Faces New ‘Long March’ as Trade War Intensifies, Xi Jinping Says), time is on China’s side. This might explain why Chinese negotiators were evidently incentivized to “blow-up” the trade deal by allegedly reversing key previously agreed upon points (How Xi’s Last-Minute Switch on U.S.-China Trade Deal Upended It).


Time may very well be on China’s side. Playing the long game, having a leader with no re-election concerns, and with a potential of a divided America electing a new President, China would clearly have an interest in "running down the clock" by extended negotiations back and forth.

“A recent series of events—taken as substantially unconnected by the Western Press and those in intellectual and policy circles who ought to know better (but can’t help but be victims of their own self-reflexive ideological vision-constraints)—appear to point to an interesting turn in the re-construction of empire (without the baggage of its mostly European past.” (CPE Working Group on Empire: U.S.-China Trade Talks, Encircling the United States,).