新时代中国特色社会主义思想 (Socialism With Chinese Characteristics in the New Era): English Language Simulcast of the Report delivered by Xi Jinping during the 19th Chinese Communist Party Congress 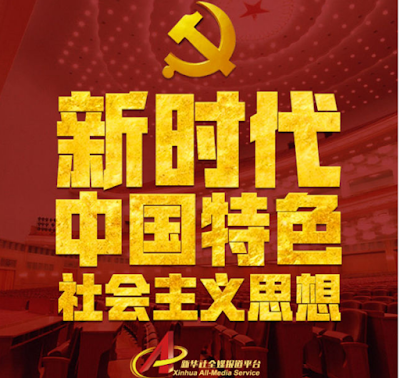 Socialism with Chinese Characteristics in the New Era--新时代中国特色社会主义思想--that is the central theme of the Report delivered on 17 October 2017 by Xi Jinping during the 19th Chinese Communist Party Congress in Beijing. This Report, delivered orally by Xi at the start of the 19th CCP Congress of roughly 3 1/2 hours, has yet to be published in official form. Yet it will prove especially important for the development of key concepts of Chinese Communist Party principles and the forward organization of the state apparatus and the principles under which policy decisions will be made.

For English speaking audiences, access to the Report may prove more difficult.  For those interested and pending the release of the official Chinese and English language versions of the Report, as delivered, I have posted here a link to Xi Jinping's Report with simultaneous translation into English.  The link may be accessed HERE. 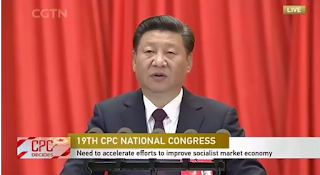