For 2012, this site introduces the thought of Zhiwei Tong (童之伟), one of the most innovative scholars of constitutional law in China.   Professor Tong has been developing his thought in part in a essay site that was started in 2010.  See, Larry Catá Backer, Introducing a New Essay Site on Chinese Law by Zhiwei Tong, Law at the End of the Day, Oct. 16, 2010.  Professor Tong is on the faculty of law at East China University of Political Science and Law.  He is the Chairman of the Constitution Branch of the Shanghai Law Society and the Vice Chairman of the Constitution Branch of the China Law Society.
The  Zhiwei Tong (童之伟) Series focuses on translating some of Professor Tong's work on issues of criminal law and justice in China, matters that touch on core constitutional issues.  Each of the posting will include an English translation from the original Chinese, the Chinese original and a link to the original essay site. Many of the essays will include annotations that may also be of interest.  I hope those of you who are interested in Chinese legal issues will find these materials, hard to get in English, of use.  I am grateful to my research assistant, YiYang Cao for his able work in translating these essays. 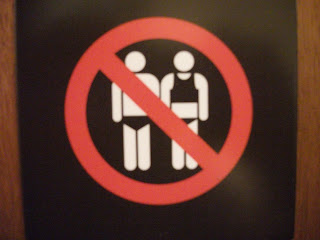 [Author’s note: I have always thought that without judicial independence, many major economic, political or social issues cannot be radically solved; without judicial independence, no matter how perfectly the law is established or adjusted, the significances of doing so will still be limited. On October 10 2010, Beijing Daily published my article “The Complete Change of the Judicial System from the Rule of Man to the Rule of the Law has to Be Realized,” after that, websites of “Chinese Communist Party News”, the Xinhua News Agency and other state media republished the article immediately. It seems that the authorities agree with the arguments in this writing. Here, I post this article on my blog to be criticized by online friends]

Thirty years ago, regarding the situation of trampled civil rights and vastly ruined democratic rule of the law in our country during the “Cultural Revolution,” the Third Plenary Meeting of the Eleventh Session of the Central Committee of the Chinese Communist Party advanced: “socialist rule of law has to be strengthened to institutionalize and legalize democracy and to render these institutions and laws stable, continuous, and extremely authoritative. The following should be done: there must be laws to rely, when there is a law it has to be followed, the law has to be strictly enforced and any violation of the law has to be investigated.” How to realize this? The Meeting announced requirements regarding two major aspects of the building of the rule of law: the first one is to “bring up the legislative tasks to the agendas of important issues of the NPC and its Standing Committee;” the second requirement is: “procuratorial organs and judicial organs have to maintain the necessary independence, they should be loyal to the law and institutions, loyal to the interests of the people, loyal to the truth of facts; they should also guarantee the equality of all people in front of their own laws without allowing anybody to possess privileges above the law.” Thirty  (11th CPC Central Committee Third PlenarySession Report, see Selected Important Documents since the Third Plenary, People’s Publishing House, 1982 Edition, page 11.) By 2010, the socialist legal system with Chinese characteristics has basically been formed, fulfilling the first requirement put forward by the party. Now, the national focus should shift to second proposed requirement, namely the construction of a judicial system capable of an effective and practical implementation of the law.

That year, the reason that the Third Plenary Session of the 11th CPC Central Committee specified that judicial organs must maintain their independence; be faithful to the laws and institutions, faithful to the interests of the people, faithful to the truth, and ensure the equality of each person before the law” was a direct result of the painful experiences of the Cultural Revolution and the inappropriate behavior exhibited by the courts and procuratorates. To rectify the serious issue of the “rule of man” in the judicial system, the Third Plenary Session of the 11th CPC Central Committee prescribed the maintenance of the independence of the procuratorate and judicial organs as the cure. The abovementioned judicial organs refer specifically to the courts. For the convenience of study, we will only discuss the “maintenance of proper independence” of the courts. Of course, the procuratorate’s independence must also be maintained. However, the procuratorate is not the organization tasked with resolving disputes. As a result, how the question of how to maintain its independence and how its framework differs from the courts will be the subject of a different discussion.

Allowing for an independent judiciary is the recipe to heal the problem of the “rule of man” in the political and legal systems. However, in the thirty years since the Third Plenary Session of the 11th Central Committee proposed this requirement, the development of China’s political and legal systems has not fully taken the prescribed medicine. As a result, even today, there are situations where when dealing with cases of “concern” to local party committees, party secretaries or politics and law committee secretaries, the judiciary often acts as a tool to carry the will of these individuals. In the process of handling such cases, when the current power configuration system creates a difference between the requirements of judicial organs in the laws, institutions, interests of the people, the truth and the willingness of those in power,

From our Constitution, from the perspective of the law as the embodiment of unity between the party stance and the national will, when a local party committee stand or the will of an individual leader is in conflict with the party stance and national will, the judiciary can only choose to be loyal to the former at the expense of the latter—some places have seen party secretaries, politics and law committee secretaries and other organizations and individuals with the ability to influence the local judicial process and administration and manifest the “rule of man” into the judicial system. These situations are incompatible and contrary to the “rule of law” that is clearly defined within the Chinese Constitution and the Constitution of the CPC and the objective of building a socialist state governed by the rule of law.

In order to cure the shortcomings of the “rule of man” in the Chinese judicial system, the requirement that judicial independence be maintained must be adhered to. With the CPC as the ruling party and as a party that upholds a high degree of rationality, the party is entirely capable of instituting political reform so that the judicial system will maintain its independence, remain faithful to the laws and institutions, faithful to the interests of the people, faithful to the truth and uphold the equality before the law is the basic characteristic of the “rule of law.” The need to maintain the independence of the judiciary does not mean that it needs to be independent of the party. And of course, like any good medicine, there will be challenges to its implementation. But for the health of the state, the medicine needs to be taken.