The  Zhiwei Tong (童之伟) Series focuses on translating some of Professor Tong's work on issues of criminal law and justice in China, matters that touch on core constitutional issues.  Each of the posting will include an English translation from the original Chinese, the Chinese original and a link to the original essay site. Many of the essays will include annotations that may also be of interest.  I hope those of you who are interested in Chinese legal issues will find these materials, hard to get in English, of use.  I am grateful to my research assistant, YiYang Cao for his able work in translating these essays. 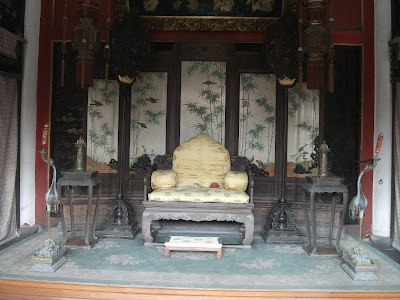 The expression of the concept of rule of law to be changed from five to six phrases:

Recommendation 1: Since 2006, China’s socialist concept of law has been summed up and expressed by the five phrases: “rule of law, enforcing the law for the people, fairness and justice, serving the overall situation, and leadership by the party (依法治国、执法为民、公平正义、服务大局、党的领导).”  The proposal to the Central Authorities is to adjust and augment these phrases to become: “development of democracy, protection of human rights, constitutional supremacy, governance by rule of law, fairness and justice, leadership by the party (发展民主、保障人权、宪法至上、依法治国、公平正义、党的领导).”  Of these, the meaning of “enforcement of the law for the people” is included in the meaning of “development of democracy,” while “serving the overall situation” is included in the meaning of “supremacy of the constitution.”

Recommendation 2: These six phrases are preliminary views delivered on the legal profession, legal scholarly opinions that have been fully discussed and then summarized to form this broad consensus on the concept of rule of law.

Recommendation 3: The relevant organizations have expressed the broad idea of the content of the rule of law that is strictly based on and within the framework of the Constitution so as to avoid the need to reinvent the wheel.

What is missing in the “five phrases”:

The main basis for these judgments is based on the following recommendations:

The current “five phrases” of “rule of law, enforcement of the law for the people, fairness and justice, serving the overall situation, and leadership by the party” is not a result of a broad consensus amongst the legal profession or community.  To accurately summarize the concept of the rule of law is only the result of a full discussion of the legal profession and community and cannot be unilaterally determined.  The current “five phrases” is not the consensus result of a free and full discussion.

Both “governance by rule of law” and “leadership by the party” are provided for within the Constitution.  Although “fairness and justice” is not directly regulated by the Constitution, its basis is constitutional and legal striving to reflect the inherent quality that both the Party Constitution and the report from 17th National People’s Congress strongly affirm.  Thus, these “three phrases” are good, revealing the concept of rule of law within its contents.

However, the contrast between the reports from the 17th National People’s Congress and the Constitution show a lack of development of democracy, respect for and protection of human rights, and the maintenance of constitutional legal authority as important content of the rule of law.

The master plan of the Chinese Communist Party Constitution also provides for: “development of socialism and democratic politics”; to promote “democratic rule of law, fairness and justice”; “respect and protection of human rights”; “the party must operate within the scope of the Constitution and the laws.”

Compared with the provisions of the socialist rule of law in the Constitution, the “five phrases” also lacks democratic development (or people’s democracy, expanding democracy), respect and protection of human rights, and maintenance of the legal authority of the Constitution among other basic components of the rule of law.

Based on: that with which “enforcing the law for the people” reflects is only the constitutional principle of “all power belonging to the people” towards one of the requirements of various state agencies of “for the people.”  There should not be legislation to ensure “compliance” and other aspects of singling out “enforcing the law for the people.”  It would also not be advisable to place this on par with the discussion on the constitutional position of “leadership of the party” or “governance by rule of law.”

This proposal within the Constitution, Party Constitution, and the reports from the 17th National People’s Congress are not based upon the consensus of the whole party and should not be used as one of the basic tenets to promote the concept of the rule of law.

“Serving the overall situation” lacks an adequate legal basis and in practice will result in the degradation of the power and influence of constitutional law and central authorities, and is not suitable to describe the concept of the rule of law.

The Constitution, Party Constitution and the reports from the 17th National People’s Congress embodies the overall situation representing the party and the country and therefore inappropriate for the various localities and departments to make their own respective interpretations on the meaning of “serving the overall situation” and utilize it as a basic element of the rule of law.

The formulation of “serving the overall situation” not only cannot use be used to guide the life of the law, but it can easily lead to supreme authority and power to suppress the rule of law.  This is because the “big picture” is ambiguous with a great flexibility of meaning.  All political subdivisions and entities have their own “big picture.”  And each of these “big pictures” is judged and identified by the most influential institutions or officials.

Conclusion: In summary, the expression of the socialist concept of the rule of law removes from the existing “five phrases” the phrases, “enforcing the law for the people” and “serving the overall situation,” and adds the phrases “development of democracy,” “protection of human rights,” and “constitutional supremacy.”  These additions and subtractions do not negate the original content and meaning, instead they better re-summarizes the concept of the rule of law. 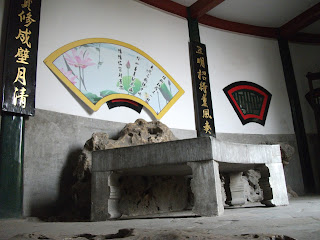 Such a small think. ;-) But such a great idea