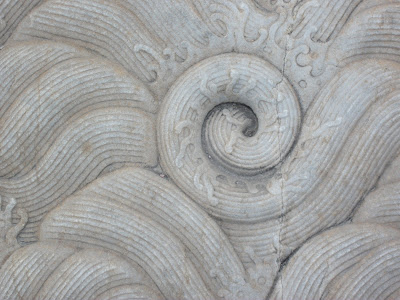 
Artists often say that only with the ethnic can there be an understanding of the world. In fact, this may be the case not only for artistic works, but for legal works as well.

1. What does it mean by “legal rights” and the “theory of legal rights as the heart”?

The theory of legal rights as the heart is a concept of legal rights as the core areas that explains the technical aspects of the academic proposition of the phenomenon of the law. Legal rights is from the cognition of the legal point of view, a particular social or national legal recognition and protection of all interests, and fully vested property of the stakeholders, its practical manifestation of social life in a variety of rights, freedoms, privileges, exemption, power, authority, jurisdictions and so on. Because people tend to use rights and power to respectively summarize these phenomena, therefore, we may wish to understand legal rights as the unified entity of rights and powers.

2. The theory of legal rights as the heart is centered on the criticism of the theory of rights and obligations of the dominant form of the legal education for nearly a hundred years

The law of the theory of legal rights as the heart is developed in the confrontation and competition with the rights and obligations of the law. The former not only conducts an intermittent, but intense criticism of the latter, but also recognizes and absorbs the latter’s valuable results.

3. The theory of legal rights as the heart has prevailed in the legal circles for more than a century with criticism of the standard of rights.

The law of the theory of legal rights as the heart is developed in a rights-based paradigm of confrontation and competition, the former conducts an intense criticism of the latter, and also recognizes and absorbs the results of the latter ideology.

4. The basic theoretical point of view of the theory of legal rights as the heart

5. The core content of the theory of legal rights as the heart

When dealing with the relationship between the individual and the state, individualism and nationalism are two extremes of political philosophy, the rights standard and power are the two extremes of the philosophy of the law, and the resulting consequences of social practice are far from ideal. Chinese law should change the standard of rights or power of the supremacy of the polarization of the mindset, law for the rule of law and socialist law to establish an even and central center. There is a fundamental difference in the content between the theory of legal rights as the heart and the rights standard is that it actually advocates that there is no bias between individualism and nationalism. There is a fundamental difference between the heart of legal rights and the discussion of social standard of historical people: the social standard stands with the individual, rights and interests of individual citizens and private property that is the antithesis of self-positioning. Its history, in fact, we often tend to position that is equivalent to the position of nationalism, while the theory of legal rights as the heart has always been opposed to this proposition.

6. The application of the theory of legal rights as the heart in constitutional law

The application of the theory of legal rights as the heart in constitutional law has had obvious results and the main achievements of its performance are as follows:


a. The theory of legal rights as the heart has been more successful with the basic category of legal principles and constitutional law.

c. Development of a system to reveal the basic category of the Constitution and the relationship of the fundamental constitutional phenomenon, interests and property and one’s internal connection with the legal rights model.

d. Proposes and proves the existence of the disaggregation of state power.

e. In a single, Federalist system, to theoretically achieve radical reform to prove that whether the federal and unitary are for better or worse, and ultimately how to adapt to their needs.

i. Try to open up the implementation and application of the Constitution to study new methods and new paths.

k. Advocate that the application of our Constitution should be based on the provisions of the Constitution itself, the same for the path used by the highest organ of state power to apply in a legislative and supervisory fashion;

l. Prove that the court’s exercise of independent judicial power is in accordance with the Constitution based on the scope of the legal framework, and that it should be limited to the highest organ of state power to formulate normative documents, administrative regulations to be enacted under the Constitution, and military regulations.

m. Found that the Chinese courts cannot interpret the Constitution, but the right to legislative normative documents must comply with the “understanding of legal constitutionality.”

n. Advocate for the update of the concept of the People’s Congress system to form a rational structure of legal rights.

Many scholars are not willing to read the “grand narrative” discussion on the law. Interestingly, however, the theory of legal rights as the heart is precisely this kind of “grand narrative” law. The criteria for judging the pros and cons of any law are not whether it is a “grand narrative” or a “micro narrative,” but rather whether it can meet the practical method of interpretation of the world of phenomena and guide people according to the population’s need and the trends of the times to transform the law of the world of phenomena. In any case, we should encourage the diversification of the law and ensure that no law should have administrative power to implement monopoly.