Albert Chen Hung-yee 陳弘毅 (Hong Kong U.) on the Situation in Hong Kong: 理性溝通的困境 ["The Dilemma of Rational Communication"]

Beyond the great stakeholders in the turmoil within which Hong Kong has found itself, there are a few voices that seek to take a necessary and more Olympian view.  These voices also have at their heart the long term welfare of Hong Kong within its national context. They are witnesses to the tragic context in which they find themselves, completely aware of the compulsions that drive the great protagonists to an inevitable contradiction and its tragic (in the Greek sense) conclusions. And like the chorus in a Greek tragedy,  they serve as the principal witnesses and commentators of the action around them.

His essay, 理性溝通的困境 ["The Dilemma of Rational Communication"] first appeared on 2 August in the Ming Newspaper supplements [發表於《明報》副刊] and is worth reading, especially for a sense of alternative paths toward a common goal.  In many ways it is an exquisite and beautifully written elegy to a historical era that some fear may be passing. The essay follows below in English  以及原始的中文版本 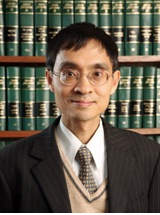 Hong Kong is on the verge of turmoil. Many people in the community (including me) have called on everyone to say no to violence, and to express their views and dialogue through peaceful and rational methods and try to solve problems.

The ideal of rational communication lies in the fact that participants are willing to listen to each other’s opinions on the basis of freedom and equality, and do not insist on their own opinions. If the other party’s opinions are more reasonable, they will openly accept them, or at least make compromises, seek common ground while reserving differences, and try at least Some aspects reached a consensus to resolve disputes.

The current disagreement between the Hong Kong institutionalists and their supporters and the non-established factions and their supporters is so serious. The former basically supports and trusts the central government and the SAR government; the more radicals in the latter basically do not accept the authority of the central government and its legitimacy, nor do they believe that the governance of the SAR government has its legitimacy. Under such circumstances, the contradiction between the two systems in "one country, two systems" is getting deeper and deeper. The road of "one country, two systems" seems to be getting narrower and narrower, and pessimistic people even have the feeling that this is system is dead.

(two one, to be continued)