The New Draft of the "Legally Binding Instrument to Regulate, in International Human Rights Law, The Activities of Corporations and Other Business Enterprises:" Part 8--Article 2 (Statement of Purpose) Reflections (1) 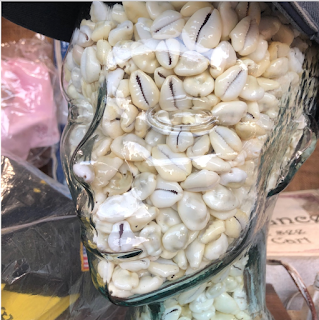 This post turns to Article 2 (Statement of Purpose) of the Draft Legally Binding Instrument (DLBI), These include its terms, its underlying ambitions, ideologies, and the feasibility of its gasp, given the constraints within which its authors are necessarily made to work. It was prepared by Flora Sapio.

1. The purpose of this (Legally Binding Instrument) is:

a. To strengthen the respect, promotion, protection and fulfillment of human rights in the context of business activities;

“To prevent the occurrence of such violations and abuses”: Here the LBI reinstates the principle of prevention, without resolving the ambiguities and ambivalence introduced by the language of Article 1. The treaty operates pre-emptively, also when an actual harm has not been caused yet. To trigger the pre-emptive operation of the treaty, the mere allegation of a potential future harm seems to be sufficient. The language of Article 1 allows such an allegation to be made without the knowledge of the persons who, in a future, may (or may not) suffer harm. Limited to this treaty, the principle of prevention may be invoked or else used by States, NGOs, individuals, collective entities such as social movements against one or more of these actors and entities. The treaty enables potential scenarios where the principle of prevention can be used to achieve goals other than human rights protection.

a)     variables that pertain to the governance system of signatory states
b)    the choice to sign or not sign the treaty
c)     the public, private or hybrid nature of certain remedial mechanisms
d)    judicial and non-judicial mechanisms

From discussions held at the Fourth Session, it is clear how a shared understanding about international cooperation has not been reached yet. In the absence of such a consensus among stakeholders, Article 2.c may remain dead letter. In any case, this paragraph allows to delay implementation of the treaty on grounds that signatory states possess a limited capacity. But, Article 2.c can also encourage a variety of cooperation and capacity building initiatives. A result may be a healthy competition among donors. Articles 1 and 2 (as well as other articles in the treaty) can however be interpreted and used to limit such competition.