The New Draft of the "Legally Binding Instrument to Regulate, in International Human Rights Law, The Activities of Corporations and Other Business Enterprises:" Part 10--Article 3 (Scope) Reflections (1) 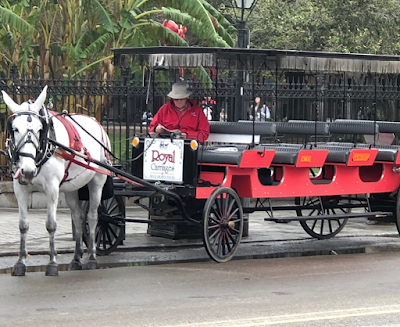 This post starts our examination of Article 3 (Scope) of the Draft Legally Binding Instrument (DLBI), These include its terms, its underlying ambitions, ideologies, and the feasibility of its gasp, given the constraints within which its authors are necessarily made to work. With this layer one begins to see actualized the dissonance already built into Articles 1 and 2 of the DLBI. This examination was prepared by Flora Sapio.

1. This (Legally Binding Instrument) shall apply, except as stated otherwise, to all business activities, including particularly but not limited to those of a transnational character.

“except as stated otherwise”: any legal document creates its own “world”, and so does the LBI. The “world” of the LBI is a world populated by those entities that fit the definitions provided by Article 1. This world should ideally be coherent with all the other “worlds” created by other guidelines on CSR and by other documents on business and human rights.

Here instead we have a first caveat. In these words of Article 3 many will see a mixed or else a hybrid approach to regulation. And there is no doubt that the intent behind the wording of Article 3 was adopting an approach that would allow the state to respect, protect, fulfill and promote human rights throughout supply and value chains. Given the different viewpoints that existed about the effects on national economies of a more stringent regulation (at least in theory) of domestic enterprises, the solution adopted by Article 3 is the best one.

While the wording of Article 3 is useful in that embodies a broad consensus among stakeholders, the article can lend the side to various interpretations, and it allows for unintended uses.

“including particularly but not limited to”: here Article 3.1 creates a second exception. The real world is a world in which supply chains stretch from one continent to another. In the world of the LBI, the supply chain connecting hundreds of domestic and foreign enterprises do not exist. Neither it seems easy to adopt an interpretation that would read Article 3.1 as including all of these entities.

The treaty targets business activities of a transnational character. They are a particular target (“including particularly”) but they are not the only one (“but not limited to”). There are other targets beyond foreign businesses. Presumably, these targets are domestic enterprises – both those included in global supply and value chains, and those that exist outside of them.

Yet article 3.2 — a new paragraph —  only defines “business activit[ies] of a transnational character:

2. For the purpose of paragraph 1 of this Article, a business activity is of a transnational character if:

To understand this definition and its potential, it is necessary to go back to the commentary on Article 1:

“If a court was of a mind to be more expansive, nothing it he definition would preclude it including the work of religious organizations, or even of large transnational civil society organization — Amnesty International, Oxfam and the like” within the meaning of “business activity”.

What is potentially true for Amnesty International is also true for government-organized NGOs, international friendship associations, clubs and associations established on one’s national territory by citizens of another country, and generally speaking any entity that produces something. That “something” may be shoes, cars, an intangible product such as information, or anything else. As long as a relationship that can be constructed in terms of domestic legislation or administrative regulation on labor, insurance, immigration, health, taxation, etc. exists, the State has a duty to protect the unknowing victims from abuses. Any activity that violates non-binding industry standards can be qualified as a human rights violation, as long as those standards maintain a relation no matter how remote to the UDHR. And, if not present, those relations can be derived through textual exegesis of all relevant documents.

The duty of the State to protect citizens from abuses – whether these abuses are real ones or aptly constructed by the State -  exists also if the entity does not maintain any kind of contractual relationship inside of the territory of a State. At least, Article 3.2(d) makes this interpretation possible. A transnational business activity can be

d)    (...) undertaken in one State but ha[ve] substantial effect in another State

Article 3.2(d) opens up a hypothetical scenario where the most diverse allegations may be made against any foreign for-profit or not-for-profit entity, but also individuals. What is a “substantial effect”? And when does a business activity in State A causes “substantial effects” in State B?

The answers to these questions will depend on the interpretive abilities of States, on their skillful use of data and projections, on their ability to mobilize the domestic public opinion in support of their position.

A brief example may better illustrate this point.

Italy is a state that is not playing a role in the negotiation of this treaty. Therefore, it serves only as an example. In our example, Italy could attempt to use the LBI against a variety of foreign entities. Or even individuals. As long as those individuals are engaged in an activity that produces something.

The existence of a contractual relation between any foreign entity and a domestic physical or legal person would not be necessary to invoke the LBI. In principle, the foreign entity may conduct its activities anywhere in the world. What is necessary is that those activities fit the broad definitions of Article 1. And that the political, economic, international or domestic interest of Italy can be pursued also by accusing the foreign entity of a human rights violation.

While using the LBI in this way, the country could at the same time express its reservation on Article 3.1, and exclude its small and medium-sized enterprises from the scope of the treaty. Alternatively, a promise could be made to withdraw reservations about Article 3.1, but only when small and medium-sized enterprises will have built a sufficient awareness and capacity. After all, the LBI does apply to all enterprises. But, it applies “particularly” to foreign entities.

The LBI, as Article 3.3 says, covers “all human rights”. This creates further opportunities to pick those parts of the treaty that are useful to oneself, and leave out the rest. And to choose those allegations that will produce the most sensationalistic impact on the global and the domestic public opinion.

3. This (Legally Binding Instrument) shall cover all human rights and those rights recognized under domestic law
Posted by Larry Catá Backer at 8/17/2019 02:54:00 PM