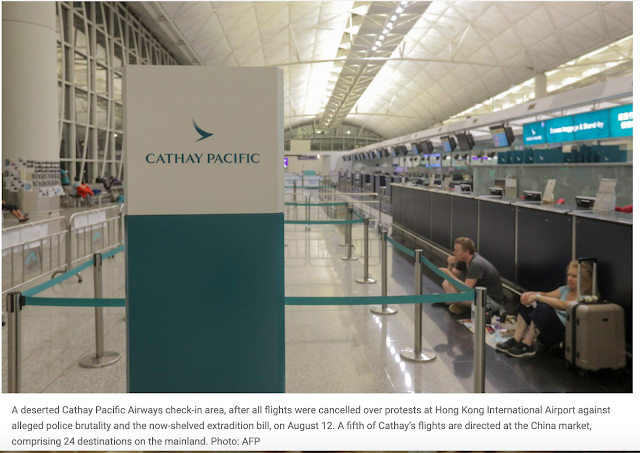 Although the situation in Hong Kong continues to draw scant attention in the West, the situation in Hing Kong has provided a very rich testing ground for many of the core principles of the Chinese and Western political models, especially in those small but important spaces where they intermingle. One of the more neglected areas in that context is the human rights effects of the dynamic situation in Hong Kong. There is good reason for that indifference.  First, the application of a human rights lens is complicated by the substantial conceptual differences in the articulation of human rights within a Chinese Leninist framework, and the framework that has emerged under the guidance of the human rights apparatus in Geneva.  Second, Hong Kong occupies a contingent space within that continuum of human rights--it is simultaneously deeply embedded within the Chinese Leninist system, and at the same time it remains an autonomous area whose contextually peculiar governance has been guaranteed pursuit to international treaty and in the constitutional organization of the People's Republic itself.

Yet, for those of us for whom these issues, at the nexus point of national and international organization, are understood to drive changes in conceptions of constitutional ordering in the coming decades, the human rights implications--whether under a Leninist or liberal democratic model--of the situation in Hong Kong serves as a bellwether for the way in which China and the rest of the world will come to order their relations. The implications, for example, for Belt and Road Initiative relations  are worth considering.

It is in this context that Professor Surya Deva (School of Law of City University of Hong Kong) who currently serves as a member of the United Nations Working Group on the issue of human rights and transnational corporations and other business enterprises, has considered the human rights effects of one of the less well noticed aspects of the current dynamic situation in Hong Kong--the responsibilities of business enterprises in the context of Internationale recognized human rights responsibilities. Today, Professor Deva considered the issue in the context of the responsiilities of Hong Kong's Cathy Pacific Airlines.  His thoughts, "China business or human rights? Hong Kong protests leave Cathay facing a tough balancing act," published in the South China Moring Post, follow.


The recent notice from the Civil Aviation Administration of China, that no Cathay Pacific staff who had taken part in “illegal protests”, “violent actions” and “overly radical activities” would be allowed to fly to or from mainland China – and the response of Cathay as well as its major investor Swire to this notice – has put the spotlight on the issue of companies’ human rights responsibilities.
Similar questions have been raised about the responsibility of companies supplying tear gas, rubber bullets and beanbag rounds to Hong Kong Police, or of companies whose shopping malls protesters may enter and take shelter in. 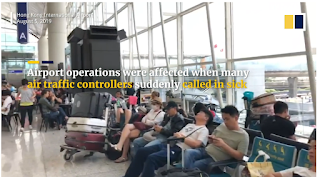 The responsibility under the guiding principles is over and above any responsibility that companies may have under domestic laws. The UN Human Rights Council is also currently negotiating a treaty to add “legal teeth” to this responsibility.

Since Swire, a company incorporated in the UK, is a shareholder of Cathay Pacific, the OECD (Organisation for Economic Cooperation and Development) Guidelines for Multinational Enterprises would also apply here. To act in conformity with these guidelines, Swire should “avoid causing or contributing to adverse human rights impacts and address such impacts when they occur”.

A complaint to the UK’s National Contact Point could be made for an act in breach of the OECD guidelines.Moreover, Cathay Pacific has a code of conduct which provides, among other aspects, that any “form of harassment or discrimination on the basis of … political opinion will not be tolerated”.
Let us consider how Cathay and Swire have discharged their human rights responsibilities in line with international standards. So far, Cathay has (i) sacked two of its airport employees for leaking information, (ii) terminated the employment of two pilots for their involvement in, or support for, protests, (iii) instructed that Cathay property should not be used to post non-work content or to make unauthorised public announcements, and (iv) advised its employees not to “express any radical opinions in social and open media” or “support or participate in illegal protests”, or otherwise face disciplinary action, including termination of employment. 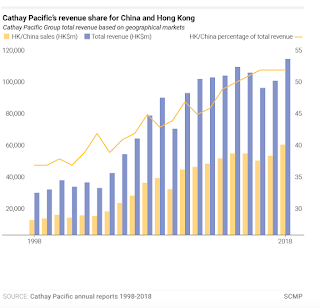 Moreover, both Cathay and Swire issued separate statements, which included the following: “We resolutely support the Hong Kong SAR government, the chief executive and the police in their efforts to restore law and order. We condemn all illegal activities and violent behaviour, which seriously undermine the fundamental principle of one country, two systems as enshrined in the Basic Law.”
Cathay’s decision in the first situation would be justified and in line with its responsibility to protect the privacy of its customers, as long as due process was followed and the disciplinary action was proportional to the alleged wrong conduct.

However, the dismissal of two pilots, who were previously suspended from duty, for protest-related incidents is problematic. The pilot charged for alleged rioting has not yet been convicted, and, even if convicted, this should not be equated with a typical crime.

The conduct of the other pilot hardly compromised passenger safety or harmed Cathay’s reputation. The termination, which appears to have been done to please Beijing and discourage other staff from supporting protests, would run counter to Cathay’s responsibility to respect the human rights of its employees.

If Cathay wishes to maintain neutrality amid the protests, it would make sense to ban the use of Cathay property to post non-work content, or to make unauthorised public announcements.
But, if Cathay and Swire should decide to condemn all illegal activities and violent behaviour which may threaten the Basic Law, then they should also condemn the Hong Kong SAR government, the chief executive and the police who are the root causes of these protests and have forgotten the “
two systems” limb of the “one country, two systems” principle.

In fact, Cathay should encourage its employees to utilise office space and property to promote human rights values. 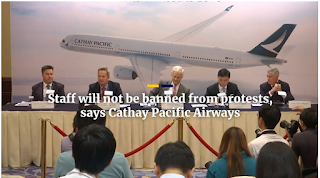 To carry out its fourth decision, Cathay would have to monitor the after-hours personal life of employees and make value judgments in line with the Chinese authorities’ stand. In effect, this could leave Cathay open to charges of being an agent of the Chinese government, rather than operating within the parameters of the Basic Law and the UNGPs.

The challenges that Cathay faces could be overcome only if it explores ways to honour both the legitimate demands of Chinese authorities and its human rights responsibilities. Such an exploration should be done in consultation with all stakeholders, rather than blindly following Beijing’s dictates.

Doing business in China while also respecting human rights is never easy for any company. Cathay may not regard leaving the lucrative Chinese market as a viable option. But nor should it ditch its human rights responsibilities to make profits.
China is of course powerful, but Cathay should not take lightly the “private power” of human rights. Many Cathay stakeholders, including its employees, customers and investors, might demand that the airline make profit with principles.

Surya Deva, an associate professor at City University’s School of Law, specialises in the area of business and human rights