The New Draft of the "Legally Binding Instrument to Regulate, in International Human Rights Law, The Activities of Corporations and Other Business Enterprises:" Part 4--Preamble; Reflections (2) 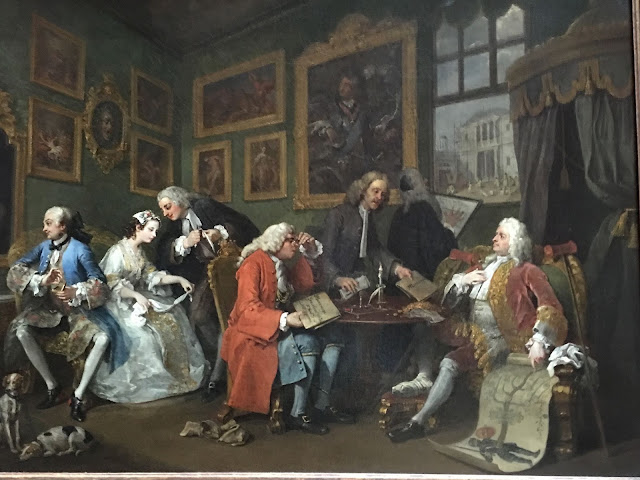 This post continues its brief reflections on the Preamble to the Draft Legally Binding Instrument. These include its terms, its underlying ambitions, ideologies, and the feasibility of its gasp, given the constraints within which its authors are necessarily made to work. It was prepared by Flora Sapio with a focus on policy and coherence.
The Preamble
Flora Sapio

The Legally Binding Instrument to regulate, in international human rights law, the activities of transnational corporations and other business enterprises is a document that adopts a logic and approach fundamentally different from those that inspired the UNGPs. John Ruggie’s UN Guiding Principles on Business and Human Rights attempted to bridge notions of fidelity to principles with the pressing need to put into practice a framework that could help reduce human rights abuses in the context of business activities.

Ruggie’s approach of “principled pragmatism” perhaps derived from the existence of a divide between the black letter of international conventions, and the realities on the ground. And it embodied some of  the intellectual and policy reactions provoked by the existence of such a divide. Ruggie’s approach also signaled that two different perspectives exist about which tools are most effective in protecting human rights in the context of business. The divide between promoters of approaches based on soft law, and those who instead prefer hard international law is a real divide.

The divide between the UNGPs and the DLBI. Personal opinions about the approach that the DLBI embodies can be stated, but they should not prevail over a consideration of the DLBI based on the logic and the goals of this document. The DLBI must stand or fall on its own text

By now, it is all too clear that the Draft Legally Binding Instrument represents the views of those who prefer approaches primarily based on hard law. It is also clear how, from that perspective, the Revised Draft is generally speaking better than the Zero Draft. The Draft Legally Binding Instrument, however, does more than embodying a consensus on the need to adopt hard law approaches to human rights protection in the context of business. It also attempts to bring to a state of unity a legal regime of human rights protection that is in a state of deep fragmentation. In other words: human rights protection is compartmentalized. Some categories of rights are prioritized over others, and a ‘hierarchy of merit’ among those persons who suffer human rights abuses risks being created. If human rights really are universal, interdependent, indivisible, and inter-related, then no rights ought to receive more consideration or a better protection than other rights. If all human beings are morally equal, then no group should be singled out among all those who suffer abuses, and receive a greater attention.

The DLBI attempts to achieve all these goals by stressing notions of “principle” without the “pragmatism”. It promotes a different, more idealistic worldview than the worldview espoused by Ruggie. Yet, the DLBI has the potential to reach its own goals. That those goals may be difficult to translate into practice is perhaps not relevant to a discussion of this document. Worldviews based on abstract principles are best evaluated and discussed based on their own internal coherence, rather than on the impact they might have on the real world.

To best reach its own goals, the DLBI has to maintain conceptual and logical coherence with the approach to regulation it embodies, and with its own premises. It is from this perspective that comments on the Preamble are provided, in red, below relevant paragraphs.

1. The State Parties to this (Legally Binding Instrument),

2. Recalling the principles and purposes of the Charter of the United Nations.

5. Reaffirming the fundamental human rights and the dignity and worth of the human person, in the equal rights of men and women and the need to promote social progress and better standards of life in larger freedom while respecting the obligations arising from treaties and other sources of international law as set out in the Charter of the United Nations;

6. Stressing the right of every person to be entitled to a social and international order in which their rights and freedoms can be fully realized consistent with the purposes and principles of the United Nations as stated in the Universal Declaration of Human Rights;

7. Reaffirming that all human rights are universal, indivisible, interdependent and inter-related; This sentence could be moved to the first paragraph of the Preamble, because it is the core premise of international human rights law and humanitarian law.

8. Stressing that the primary obligation to respect, protect, fulfil and promote  human rights and fundamental freedoms lie with the State, and that States must protect against human rights abuse by third parties, including business enterprises, within their territory or otherwise under their jurisdiction or control, and ensure respect for and implementation of international human rights law; This paragraph could be deleted, because it duplicates the content of the UNGPs. The obligation of States to respect, fulfil and promote human rights is antecedent to the drafting and endorsement of the UNGPs. Attempting to reconcil the perspective of the UNGPs with that of the LBI therefore is not really necessary, because the State’s human rights obligations exist independently from that document.

9. Recalling the United Nations Charter articles 55 and 56 on international cooperation, including in particular with regard to universal respect for, and observance of, human rights and fundamental freedoms for all without distinction of race, sex, language or religion; T

10. Upholding  the principles of sovereign equality, peaceful settlement of disputes, and maintenance of the territorial integrity and political independence of States as set out in Article 2 of the United Nations Charter;

12. Underlining that all business enterprises, regardless of their size, sector, operational context, ownership and structure have the responsibility to respect all human rights, including by avoiding causing or contributing to adverse human rights impacts through their own activities and addressing such impacts when they occur; as well as by preventing or mitigating adverse human rights impacts that are directly linked to their operations, products or services by their business relationships; If one is not an autonomous actor in international law, then one has no responsibility to respect all human rights based on their own autonomous choice or volition. Such is the viewpoint embraced by the DLBI. Therefore, inclusion of a paragraph modelled the UNGPs – a document based on an entirely different logic – may not be necessary. What may be useful to the LBI would be a statement in favor of the State’s obligation to impose human rights responsibilities on all enterprises, and monitor and assess enterprises compliance. The UNGPs and the LBI can continue to exist in parallel. They embody two distinct approaches to regulation, therefore there is no need for any of these to instruments to prevail over or be incorporated into the other one.

14. Recognizing the distinctive and disproportionate impact of certain business-related human rights abuses on women and girls, children, indigenous peoples, persons with disabilities, migrants and refugees, and the need for a perspective that takes into account their specific circumstances and vulnerabilities, The disproportionate impact of certain human rights abuses on womens, girls, children, persons with disabilities etc. is a sad reality. However, human rights are indivisible. The holders of human rights cannot be classified into discrete categories. In so doing, the risk is that of overlooking abuses suffered by persons  who belong to the groups not mentioned in the preamble: males,  adults, able-bodies persons, elder women, persons who do not belong to indigenous groups, persons who live in the same country where they were born, and so on.

15. Taking into account all the work undertaken by the Commission on Human Rights and the Human Rights Council on the question of the responsibilities of transnational corporations and other business enterprises with respect to human rights, and all relevant previous Human Rights Council resolutions, including in particular Resolution 26/9.

17. Noting also the ILO 190 Convention concerning the elimination of violence and harassment in the world of Work;